Give credit where credit is due. The new leaders of General Electric (NYSE:GE), most notably CEO Larry Culp, have pledged to be more transparent with investors. That honesty already has boosted GE stock, which has gained some 40% so far this year. 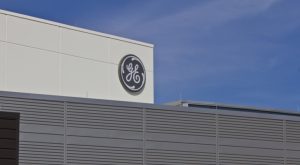 As bearish as I’ve been on GE, the optimism makes some sense. Culp worked wonders at Danaher (NYSE:DHR). GE has some valuable assets. Its problem areas — notably Power and GE Capital — have weighed on the stock in part because the bad news never seemed to end. As I wrote a little more than two years ago, GE clearly lost investors’ trust. In the interim, Culp, CFO Jamie Miller, and other executives have made regaining that trust a priority.

The problem — as General Electric stock climbed above $10 yesterday before falling back — is that GE is being honest about real problems with the business at the moment. Meanwhile, GE stock might seem “cheap” given its long fall from $30+, but it still has a market capitalization of $86 billion — and a larger amount of debt and pension expense.

Culp and Miller have time to fix General Electric and they well might succeed. But there’s a long way to go and still some success priced in at $10.

It’s an interesting argument as to whether management’s increased transparency has helped GE stock. Certainly, there have been short-term relief rallies, starting with the 7% pop that came when Culp was named CEO at the beginning of October. In late January, GE missed estimates in fourth quarter earnings — and the stock still soared after Culp projected improvement in the struggling Power business, albeit not until 2020. Meanwhile, 2019 guidance in March similarly disappointed, and yet GE stock rose again, with Culp calling 2019 a “reset year.”

When Culp talks, investors cheer. And he literally has put his money where his mouth is, buying more than $2 million in GE stock last year. He’s also laid out a strategy for GE to be slimmer, more nimble and more financially solid. The dividend was cut again, saving cash flow to pay down debt, and assets are up for sale to drive further deleveraging. Importantly, GE has been crystal-clear in detailing those strategies.

The latest example of that came last Wednesday. JPMorgan Chase (NYSE:JPM) analyst Stephen Tusa long has been bearish — and right — on General Electric stock. In a note released Wednesday morning, Tusa said the company still was managing the headlines in its Power business, seemingly highlighting a big order number cited by Reuters on Tuesday, a report which Tusa said overstated the early success of the turnaround in Power.

It hardly seems a coincidence that hours later, CFO Miller told a conference that the company still expected “significantly negative” free cash flow from Power this year, and that Q1 orders didn’t signify a change in trend. Indeed, it looks like GE management wants not even the appearance of trying to obscure the real problems facing Power — and the business as a whole.

Will It Help GE Stock?

It’s a worthwhile strategy. But it’s also worth noting that for all the optimism so far, it hasn’t actually worked. General Electric stock is down almost 9% from where it traded the day before Culp’s hiring was announced. The YTD rally seems due at least in part to the recovering broad market — and many of the short-term bumps driven by management commentary have soon fizzled.

Meanwhile, GE is being honest but it’s important to listen to what management actually is saying. Miller said Wednesday that margins in Power won’t recover for at least three years. Culp said in March that free cash flow outside GE Capital would be negative this year.

The sale of GE Biopharma to Danaher for $21.4 billion will help the balance sheet. But it also sends a key earning asset out the door, and — again, according to management — limits the likelihood of a spin-off of GE Healthcare. Even with GE Capital, which has driven several multi-billion dollar charges in recent years, Culp hasn’t made any promises that all the problems are solved.

General Electric Stock Has a Long Road Ahead

The transparency coming from GE is welcome … and a long time coming. Shareholders and potential investors deserve to know what they’re getting into. Perhaps more importantly, a turnaround — for GE or for any other company — can’t happen until or unless management truly understands what needs to be fixed.

But the problems here are real. GE stock hasn’t collapsed because of negative coverage from Tusa, or pressure from short sellers, or just because former CEOs Jeff Immelt and John Flannery weren’t paying attention. The power industry on the whole is shrinking. GE Capital took risks similar to those that hurt big banks like Bank of America (NYSE:BAC) and Citigroup (NYSE:C) last decade; it simply took this long for some of the costs to come to light.

So while it’s worth appreciating the newfound honesty at GE, it’s also worth listening to that honesty. Cash flow is negative. Power is years away from improving while the market for gas-powered turbines may continue to shrink. (Admittedly, some observers see growth.) GE Capital may still have some issues to iron out.

Aviation, Renewable Energy, and Healthcare have value but I argued a year ago that even with that strength, the fair value of GE stock looked to be about $9-$11 per share. Honesty is helpful, but it doesn’t change that core problem.