How marijuana companies can prepare for federal legalization 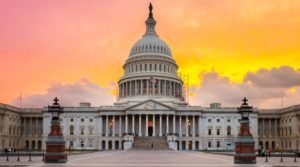 (This is an abridged version of a story that appears in the July issue of Marijuana Business Magazine.)

Though U.S. cannabis entrepreneurs might be skeptical that federal marijuana reform will happen anytime soon, experts say it’s not too early to prepare for that monumental event.

Marijuana Business Magazine spoke with executives who entered the cannabis space from other industries. Those leaders insist that marijuana companies must start measuring themselves in traditional ways, such as using the financial metrics and models favored by consumer packaged goods (CPG) companies.

Here are some key points on which marijuana entrepreneurs must focus in order to be ready when federal MJ legalization becomes a reality:

In addition, marijuana businesses would be wise to look to the hemp industry for guidance on how to prosper once federal reform becomes reality. More insight on what actions the hemp industry has been taking is available here.