How the marijuana industry is trying to even the playing field 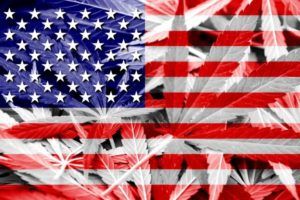 (This is an abridged version of a column that appears in the July issue of Marijuana Business Magazine.)

In the letter, which voiced a growing sentiment in the marijuana industry, Kazan wrote: “We are a group of Americans who have full taxation but no real representation, as we are treated as second-class citizens.”

The letter stressed to the president the need to allow law-abiding, U.S. cannabis businesses such as Kazan’s to apply for loans being offered by the U.S. Small Business Administration during the COVID-19 crisis.

Kazan also pointed out in his letter that cannabis business owners are starting to lose their patience with federal and state government officials who have allowed the marijuana industry to operate in conditions that mainstream companies would balk at.

Marijuana businesses have lived with that double standard for years, but the coronavirus outbreak brought the unsavory situation to the forefront.

It also highlighted the industry’s quest to end the double standard.

And Kazan is not alone in the fight.

To read more about the marijuana industry’s pushback, click here.