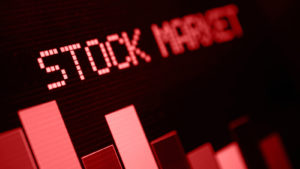 Illumina (NASDAQ:ILMN) says that it is expecting revenue for the second quarter of the year to come in at around $835 million. This would have revenue coming in above the $835 million reported in the same time of 2018. However, that’s some majorly bad news for ILMN stock with Wall Street expecting revenue of $880.63 million for the quarter.

The Illumina news release with the early estimates note that there are a few factors that kept its revenue from reaching full potential during the quarter. Starting off is a $30 million hit from population genomics initiatives. This originally would have had a large amount of sales closing in June, but has been pushed back to later this year.

Illumina also notes that it expects revenue to be $10 million lower due to weakness in the direct-to-consumer market. It also pegs another $10 million in lower revenue on its underperforming non-high-throughput sequencing systems and consumables.

The Illumina news also has the company altering its guidance for the full year of 2019. It says that it is now expecting revenue for the year to be 6% above revenue reported for the full year of 2018. The company says that it will provide more details about the guidance update when it release its earnings report for the second quarter of the year.

ILMN stock was down 15% as of noon Friday.