Intuitive Surgical (NASDAQ:ISRG) reported its latest quarterly earnings results today, which included a profit that increased year-over-year, yet the business’ shares took a step back after an early rally. 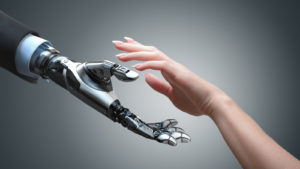 The Sunnyvale, Calif.-based manufacturer and marketer of robotic items said that for its second quarter of the fiscal year — which ended June 30 — it amassed adjusted earnings of $3.25 per share. This amount was about 18% higher than they were during the same period a year ago.

Intuitive Surgical also brought in a profit that surpassed the Wall Street consensus estimate of $2.85 per share, according to data compiled by Zacks Investment Research. Sales were higher as well, reaching about $1.1 billion, a 21% gain when stacked up against the same period in its previous fiscal year.

Wall Street saw the business raking in revenue of $1.03 billion in its average guidance. “Our teams remain focused on helping our customers improve outcomes and lower the total cost to treat per patient episode for their patient populations,” Intuitive Surgical Gary Guthart said in a written statement.

The business benefited from growth in U.S. general surgery, as well as worldwide urology procedures, which were good for a growth of 17% in the number of procedures that used the da Vinci robotic surgery system.

ISRG stock is down about 0.9% Friday following the company’s quarterly earnings results.

The art of mining in photography