The banking industry, like most others, has tapped into some amazing technological developments that have taken shape in recent years. None have arguably embraced the use of tech as Bank of America (NYSE:BAC) has, however. It isn’t quite a tech company that also happens to operate a banking business, but an investment in Bank of America stock certainly does have a lot going for it, tech-wise. 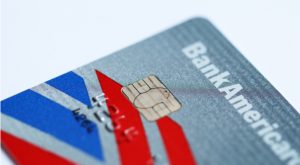 Bank of America continues to innovate, not only saving money by doing things differently but leveraging technology as a means of building its business.

It’s not like rival financial institutions are simply sitting on their hands. JPMorgan Chase (NYSE:JPM) is proud of the fact that it’s developed a cloud infrastructure shielded enough to start putting confidential client information in the hands of public (third party) cloud services like those offered by Amazon.com (NASDAQ:AMZN). Wells Fargo (NYSE:WFC) has also embraced (and invested in) the idea of collating data into a business-development tool.

With the exception of Citigroup (NYSE:C) though, Bank of America has taken a different approach and is better for it. That is, Bank of America handles most of its cloud computing load using its own private cloud solutions, powered by 10,000 of its own servers.

The upside is two-fold. Aside from being most cost-effective than paying a provider that marks up such a service for a profit, an in-house network of all the bank’s operations provides a better picture of its customers’ experiences.

“You can only really do that if you’ve actually got a kind of homogeneous cloud environment on what your applications sit upon,” said Howard Boville, Bank of America’s chief technology officer. “We’re harnessing that benefit in terms of being able to focus upon where we have issues we want to improve the quality of the service going forward.”

The bank’s developers and coders appreciate the fact that more access to the bank’s architecture doesn’t come saddled with concerns about added costs.

Greater efficiency and a clearer picture of its customer experience isn’t the only upside of a different approach to the use of technology. Bank of America has also gotten traction with customer-minded artificial intelligence.

Case in point? Erica has been a smashing success.

Erica is Bank of America’s virtual assistant, and much more than just a simple, online conversational list of FAQs. Accessible via an app, the AI-driven platform handled 50 million client requests since its launch in June of last year. And, with more than half a million new users utilizing the added option every month, Erica’s second year is sure to be busier.

At the other end of Bank of America’s spectrum, its Merrill Lynch arm has made its so-called robo-advisor option a success too. Called Merrill Edge, as of September of last year it surpassed $200 billion worth of assets just since launching in earl 2017. The investors in Merrill Edge’s sweet spot, people just starting to accumulate wealth and assets as they move into their high-income years, is the same demographic that loves the way technology keeps their lives organized.

Now Bank of America is adding an enhancement to that largely digital self-service option, adding an option for Edge customers to also speak with a human financial advisor.

In February, the bank unveiled a digital toolkit for entrepreneurial customers an offering that doesn’t directly do anything to build the business. Indirectly though, Bank of America’s willingness to use tech differently extends well beyond its in-house cloud. It also is the kind of service that can help grow Bank of America stock.

It’s not a reason in and of itself to step into the stock. While Bank of America may “do” tech better than most if not all of its peers, it’s still a bank. It still has to sell banking services and do so profitably.

Like all other organizations that have melded the consumer-facing and back-office operations by the use of new technologies, Bank of America’s well-thought-out technology plans have made it easier to become and remain a superior banking investment.

In that regard, its technology efforts certainly don’t hurt the bullish case for BAC stock, even if it’s an aspect of the company that’s overlooked more often than not.