Investors Should Be Cautious on AMD (AMD) Stock

It’s been a bumper year for Advanced Micro Devices (NYSE:AMD), as the stock has nearly doubled over the past six months. However, while the semiconductor stock has been running with the bulls for the past year, a 2.3% drop on Thursday morning should be enough to remind traders to keep the bears’ thesis in mind.

Is AMD stock due for a pullback or are the bears worrying over nothing? Here’s a closer look at the bear case on AMD stock.

Not Everyone’s a Bull 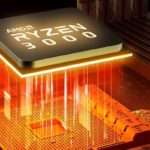 While the majority of analysts are bullish on Advanced Micro Devices stock, some analysts are more cautious on AMD stock. Oppenheimer analyst Rick Schafer is in the cautious camp. While he agrees that AMD’s underlying business is strong and that the rally of AMD stock  price was based on performance, he said the future gains are already baked into AMD stock price, making it difficult to buy AMD stock now.

Another analyst who has advised staying on the sidelines on AMD stock is Ross Seymore from Deutsche Bank. He set a $25 price target on AMD stock, 17%  below where AMD is trading today. Seymore commended AMD’s strategic move into the smartphone market and praised the firm’s technical ability. But he said the estimates for the firm’s future earnings are excessive. He predicts that AMD’s annual earnings per share will only average about 10 cents annually  over the next three to five  years.

Both caution that AMD stock is simply too expensive to be a good bet right now. While they agree that its business is strong, they believe the future gains of Advanced Micro Devices stock is already more than priced into the shares.

Plus there’s the overarching worries about trade tension with China, which are weighing on the chip  sector as a whole. Many believe that as the trade war between DC and Beijing escalates, demand for devices that require the chips that AMD and its peers are producing will fall dramatically.

Plus, some worry that the U.S. economy isn’t performing quite as well as the market would have us believe. The Fed is under pressure to cut interest rates again as economic data slides lower, suggesting that the economy isn’t as healthy as many expected.

Of course, there’s a lot to like about AMD stock as well. The firm has made major strides over the past year, taking market share from its larger peers like Intel (NASDAQ:INTC), and AMD’s 2019 product pipeline is impressive. In July AMD’s Zen 2 processors will hit the shelves, and its Rome server chips are due to be released during the third quarter. Both are expected to be well-received, as they offer top-of-class performance.

AMD has been able to post meaningful growth in the data center and desktop processor spaces, and news that the latest Xbox console will be powered by AMD’s chips solidified the firm’s reputation as a high-quality chip maker.

Which Way to Swing?

There’s no question that AMD stock has had a great  2019- However the back half of the year looks like it could be shaky for AMD. AMD stock price has reached worrying levels that have added a new layer of risk. I agree with the contention by Seymore and Schafer that  now is probably not the right time to buy AMD stock, but I don’t think those who are already long Advanced Micro Devices stock should rush to sell their shares,

The next six months are likely to be bumpy for the market as a whole as the trade war rages on and investors start to internalize economic concerns  While AMD has been able to post an explosive performance so far this year, it’s facing too many uncertainties to expect that kind of performance during the second half of 2019.

The long-term outlook of AMD stock looks solid, but I think the stock has had its 2019 run. I’d keep Advanced Micro Device stocks on my radar in case of a pullback, but with AMD stock trading near its all-time highs, I think investors should be patient.

As of this writing Laura Hoy did not hold a position in any of the aforementioned securities.

China’s Got a New Plan to Overtake the U.S. in Tech

How to Purchase and Manage an Investment Property in Japan