Investors Should Stay Away from AT&T Stock for Now

With AT&T (NYSE:T) set to report its earnings on Wednesday morning, the results are very unlikely to boost AT&T stock. Nor, for that matter, should anyone expect the shares to jump meaningfully before mid-2020, at the earliest, Until that time, with AT&T stock facing multiple problems and lacking any significant, positive catalysts, investors should sell T stock. 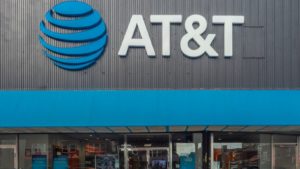 For one, a dividend cut is certainly possible. With T stock’s dividend yield topping 6% and AT&T owing a staggering total of nearly $196.5 billion as of the end of the first quarter, no one should be surprised if the company cuts its payout. Those who are bullish on T stock may note that the company’s trailing-12-month operating cash flow was nearly $46 billion, but the company only had $6.6 billion of cash at the end of Q1, making its overall debt load rather heavy. The report that AT&T is looking to sell its Puerto Rico business indicates that it knows it badly needs cash.

While cutting the dividend would provide the company with a meaningful amount of cash, it would also cause T stock to sink because the dividend haircut would make the shares less lucrative and greatly undermine confidence in AT&T stock.

AT&T’s upcoming streaming service — HBO Max — will feature programming from Warner Media (primarily TBS, TNT, HBO, and CNN) and movies, along with some original content. The online video service, slated to launch sometime next year, is expected to cost a lot more than the $13 per month that Netflix (NASDAQ:NFLX) charges for its most popular plan.

Judging by the recent financial performance of its two main components — HBO and the Turner legacy channels — the appeal of HBO Max’s primary content is declining. Mott Capital Management, writing on Seeking Alpha, noted HBO’s Q1 top line dropped to $1.51 billion versus $1.62 billion in the year-earlier period, while Turner’s revenue inched down to $3.44 billion from $3.45 billion. Ominously for AT&T stock, HBO’s operating revenue reached its lowest level since Q2 of 2017.

And from a common sense standpoint, it’s hard to see how consumers will be convinced to pay more than Netflix is charging for Turner’s reruns of worn-out sitcoms like Big Bang Theory, and American Dad, along with HBO, whose popularity is slipping, and CNN, by far the least-popular cable news channel. I know that Friends is the most popular show on Netflix, but I don’t think many consumers are going to pay $15+ per month to watch the 20+-year-old Ross-Rachel saga. Only if HBO Max manages to develop a few new hit shows does the channel have any chance of moving the needle in a positive direction for AT&T stock by 2025, And, with all the competition out there, I wouldn’t bet on that.

Content Spending and Premium TV Results Are Worth Watching

Original content is not cheap, and the AT&T’s investments in that area could spook investors, causing T stock to sink in the wake of the company’s Q1 results. Another trend that may scare the market is continued, steep declines in the company’s premium TV subscriber base. Premium video connections –i.e., consumers who are paying it for satellite and cable connections — sank nearly 6.5% YoY to 22.4 million in Q1, Mott Capital’s Michael Kramer noted. If that trend accelerated in Q2, T stock could take a big hit on Wednesday, and a dividend cut could happen sooner rather than later.

5G Could Rescue AT&T Stock Down the Road

AT&T could use 5G, which will enable a variety of cool location-based services, as well as much faster downloads, to attract more wireless subscribers from smaller carriers. It could also use the technology to steal broadband internet subscribers from cable companies like Comcast (NYSE:CMCSA) and Charter (NASDAQ:CHTR). Finally, if AT&T can use 5G to provide more services to its subscribers, it could potentially squeeze much more revenue from them. Taken together, all of these attributes of 5G could meaningfully boost AT&T top and bottom lines, providing a much needed positive catalyst for T stock.

But the company’s 5G network isn’t expected to roll out nationwide until early next year, and it will likely take the company time to market any new offerings that arise from it. So, for at least a year, 5G investments will weigh on T stock without producing any meaningful revenue for the company.

AT&T stock is facing multiple, negative catalysts, including steep pay TV subscriber and revenue losses, as well as high levels of investment in its streaming channel and in 5G. Moreover, its streaming channel probably won’t be successful, and there’s a good chance that it will cut its dividend. Although T stock could be rescued by 5G down the road, investors should stay away form the name for the foreseeable future.

As of this writing, the author did not own any of the stocks named.