IPO Success Makes Slack Stock A Gamble, Not An Investment

Shares of Slack Technologies (NYSE:WORK) surged upward following its Thursday IPO. In one of the more successful IPOs of 2019, the corporate messaging company surpassed its IPO price by a wide margin as the Slack stock price surged as high as $42 per share before falling to $38.62 per share in the last hours of trading. 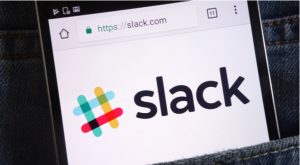 Still, despite this massive upward spike, the company must cope with financial losses and much larger competitors that could derail the IPO’s initial success. Given the obstacles faced by Slack stock, investors should look at WORK stock as a speculative bet rather than as an investment.

Slack stock shot upward by more than 48.5% in Thursday trading. Investors quickly bid prices higher on the San Francisco-based corporate messaging company, which set its IPO price at $26 per share. By the end of Thursday trading, the market cap rose to $19.47 billion.

The company also took a unique route to get Slack stock listed. Slack offered its stock to the public in a direct listing, selling shares directly to investors rather than using a pricier investment bank. Spotify (NYSE:SPOT) also listed their shares this way and enjoyed some initial success.

With the massive rise in WORK stock on the first day, the direct selling strategy did not hurt them. Given the initial move higher, I see some potential for short-term stock gains. It could follow in the footsteps of Beyond Meat (NASDAQ:BYND), a recent IPO that rose more than eightfold from its IPO price at its peak. As such, investors could profit handsomely from a speculative bet on WORK stock.

However, our own Will Ashworth seemed underwhelmed with both the direct listing strategy and Slack stock itself. Although the first-day performance likely surpassed his predictions, he may have a point as the stock carries a great deal of risk. For one, the spike higher from the first day of trading took the price to about 43 times sales. That does not match the levels of BYND stock or many of the cannabis equities. However, that comes in almost 20 times higher than the S&P 500 average of 2.2.

In fairness, a company with a compound annual growth rate of 95% will likely not come cheap. However, continued losses for the foreseeable future make this a riskier play.

The significant competition Slack faces also adds to this risk. Most of Slack’s peers are smaller outfits with less name recognition. Unfortunately for holders of Slack stock, these competitors also include some of the largest and wealthiest companies in tech.

Currently, Slack holds an edge with more than 500,000 making use of its tools. However, Microsoft and Facebook earn profits and hold billions in cash. If either of them chooses to compete aggressively, it could have devastating consequences for Slack stock.

The Bottom Line on Work Stock

Although the performance of WORK on the first day could add to the speculation, internal and external threats could undermine this company in the future. The massive spike in Slack stock bodes well for the future of the equity. Unfortunately, it could also suffer later if traders begin to seriously ponder the company’s future.

Even with massive revenue growth and market leadership, losses could eventually undermine Slack stock. Even more unsettling, both Microsoft and Facebook also compete in this business. Each of these tech giants holds enough cash to compete more aggressively for Slack’s customers if they so choose.

If one wants to buy Slack stock, the initial move higher could justify a speculative bet. However, one should buy this stock with the gambling money they were going to take to Vegas, not one’s retirement funds.

How to win a bidding war on your dream house