John Legere to Step Down as T-Mobile CEO Next Year

T-Mobile (NASDAQ: TMUS) announced on Monday that Chief Executive Officer John Legere will step down on May 1, 2020. President and Chief Operating Officer Mike Sievert will assume the role after Legere steps down.

Sievert was expected to takeover the Chief Executive position after T-Mobile agreed to merge with Sprint (NYSE: S). Legere was expected to step down once the merger between the two telecom giants finished.

T-Mobile said that Legere’s contract ends on April 30, 2020. Legere tweeted on Monday that the decision “has been under development for a long time.” 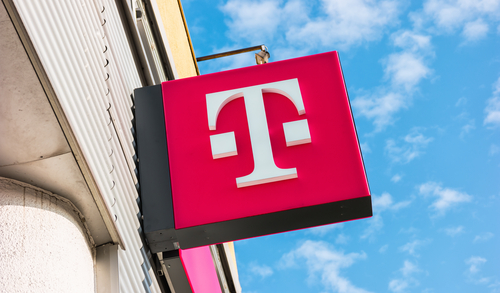 “I’ll be handing the magenta CEO reigns over to @SievertMike as my successor. This move has been under development for a long time and I couldn’t be more confident in the future of @TMobile under his leadership,” tweeted Legere.

When T-Mobile and Sprint first announced the merger, the companies said that Legere would become the Chief Executive Officer of the combined company. However, Legere’s next move is unclear now.

Last week, The Wall Street Journal reported that WeWork has approached Legere about possibly taking over as the Chief Executive Officer of WeWork after former Chief Executive Adam Neumann was ousted. However, CNBC later reported that Legere is not interested in taking the job, according to sources familiar with the matter.

CNBC also reported that Legere was among several candidates that WeWork was potentially considering, however, Legere was not a leading candidate, according to sources familiar with the matter.

Since Legere took the reigns as Chief Executive Officer of T-Mobile, the Company has witnessed it shares rise by over 240% and grown from the fourth-largest carrier in the U.S. to the third largest, becoming a legitimate competitor against Verizon (NYSE: VZ) and AT&T (NYSE: T), according to the Journal.

“John Legere has had an enormously successful run as CEO. As the architect of the Un-carrier strategy and the company’s complete transformation, John has put T-Mobile US in an incredibly strong position. I have the highest respect for his performance as a manager and as a friend, I am very grateful to him for the time together,” said Tim Höttges, Deutsche Telekom Chief Executive Officer, and Chairman of the Board of T-Mobile US.