Kansas City Southern earnings for the second quarter of 2019 have KSU stock stock taking off on Friday. 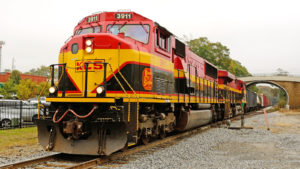 Kansas City Southern earnings for the second quarter of the year have operating income coming in at $208.00 million. This is a decrease from the railroad company’s operating income of $245.80 million reported during the same time last year.

There were a few reasons for the strong revenue growth in the second quarter of the year. This includes more shipments in the Chemicals and Petroleum categories in connection to the Mexico energy reform. The railroad company also saw Automotive revenue for the quarter increase by 5%.

KSU stock was up 3% as of Friday afternoon.

Are There Too Many Lawyers in the United States?