A KFC Cheetos Sandwich may not be what customers were expecting, but it’s what they are getting. 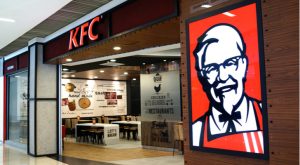 The KFC Cheetos Sandwich will be launching at the chain’s restaurants across the U.S. starting on July 1. The announcement was made by Yum Brands’ (NYSE:YUM) KFC on its Twitter (NYSE:TWTR) account Thursday.

Chester Cheetah, the official Twitter account for the cheesy snack, was also out promoting the new sandwich with a Tweet. There’s also a #KFCCheetosSandwich hashtag that customers can use to share their opinions on the merging of the two foods.

And share they did. This is what some Twitter users are saying just about the idea of a KFC Cheetos Sandwich.

This isn’t actually the first time that the KFC Cheetos Sandwich has been on the menu. The strange combination showed up in select stores for a limited test run earlier this year.

Top Earners Do Not Pay The High Marginal Tax Rates As Stated By The U.S. Tax Laws

Curaleaf’s Boris Jordan Explains Why the U.S. Election Results Are a Big Win for Cannabis