Lesotho’s draft cannabis rules to be ‘grandfathered in,’ giving existing firms an edge over new entrants 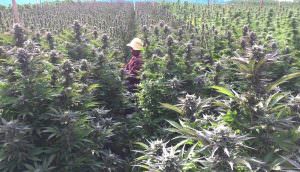 Sweeping changes to Lesotho’s cannabis regulations are set to go into effect later this year and are expected to be grandfathered in, meaning existing businesses will be exempted from the most burdensome parts of the new rules, according to government and industry sources.

Marijuana Business Daily recently reported that the southern African country is planning to release a revamped round of regulations spelling out new guidelines for the medical marijuana industry.

After Lesotho became the first central government in Africa to legalize and regulate the cannabis sector last year, international companies put up tens of millions of dollars to gain a foothold in the burgeoning market.

But, so far, no commercial exports have taken place – only those for analytical testing – and experts say the sector has been hobbled by a lack of focus.

The new measures will institute certain criteria, or “control measures,” that the Ministry of Health will consider before granting one of seven available cannabis licenses.

As such, the proposals would have a greater impact on prospective businesses than on ones that are already established.

Some existing companies had expressed concern that elements of the new rules might add costs to their business, especially one measure regulating the proximity of cannabis farms within 5 kilometers (3.1 miles) of villages, towns, schools, parks, churches or “public institutions.”

Rules to be grandfathered

But Monaphathi Maraka, who left her post as principal secretary at the Ministry of Health in June, said the new rules are intended to be grandfathered in “because the object is long-term stability, and the (original) companies must be considered for their historical and operational goodwill.”

Maraka was at the ministry when the regulations were being drafted.

Some of the new factors the health minister would consider before granting a cannabis business license have raised questions.

Among them are one measure on “economic decentralization.”

That, coupled with a new consideration for ready access to roads, water and electric power, would be an issue for most prospective entrepreneurs hoping to start from scratch in Lesotho, pushing them farther from towns where infrastructure is not as established.

Maraka said the spirit of the economic decentralization measure is to encourage development across communities and promote partnerships among corporations and villagers.

Ntlatlapa Mosae, a legal practitioner who has been involved in the cannabis industry since 2017, said the capital city, Maseru, is the only place where there is recognized economic activity and the Ministry of Local Government is struggling to implement decentralization.

“The Ministry of Health realized that through cannabis (business) activity, that the most remote places in Lesotho – the Highlands – can benefit through the creation of jobs and the provision of electricity and water if cannabis companies can operate from such areas.”

He said that such remote places offer certain advantages to cannabis operators besides helping government bring services and economic activity to such areas.

The draft regulations empower the ministry to take into consideration whether supplying roads, clean water and electric power is part of the proposed licensee’s business plan.

The government is working to ensure that the proposed regulations are published this year, Mosae said.

Another proposed factor to be considered by the health minister before awarding a medical cannabis license is whether granting the permit is in the public interest.

But when it is “read in context,” he added, “you can easily conclude that if (a licensee) is seen as something that will benefit Basotho, perhaps through the creation of jobs, assisting the health sector and advancing research in the field of medicine, then a license can be issued.

“Through the cannabis industry, Lesotho does not just want to increase its GDP but also increase its relevance in the pharmaceutical industry.”