Lyft (NASDAQ:LYFT) reported its latest quarterly earnings results after hours today, bringing in revenue that was stronger than what analysts called for, while the company’s loss widened when compared to the same quarter a year ago, yet LYFT stock declined late Tuesday afternoon. 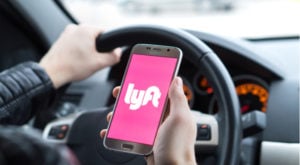 The San Francisco-based ride-hailing service announced that for its first quarter of its fiscal 2019, it posted revenue of $776 million, which is stronger than the $739.4 million that the Wall Street guidance called for, according to a survey of analysts conducted by Refinitiv.

Lyft added that it brought in an adjusted loss of $9.02 per share, an amount that was hard to compare with what analysts called for due to the limited amount of data that is available on a company that recently went public–the average estimate per Refinitiv was of an adjusted loss of $1.81 per share.

However, this loss is still better than what the business amassed during the same period in its fiscal 2018, when its adjusted loss tallied up to $11.40 per share. For its second quarter of its fiscal 2019, Lyft foresees its revenue in the range of $800 million and $810 million, while this amount is slated to be between $3.28 billion and $3.3 billion for the full year.

The company added that its user base increased to 20.5 million active riders during the first quarter, an increase from the 14 million during the year-ago period.

LYFT stock is down about 2.3% after hours today, following a 2% decline during regular trading hours.