Marijuana hearings, reform bills & how they could affect the MJ industry 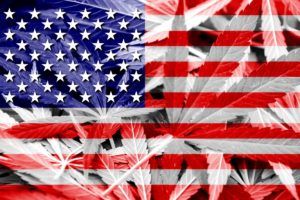 Cannabis has gone from the butt of jokes on Capitol Hill to milestone hearings and the introduction of landmark legalization reform packages that offer the potential to pave the way for billions of dollars in new business opportunities nationwide.

The current situation is in stark contrast to just a couple of years ago, showing how far and how quickly marijuana reform has come in Washington DC – even if it doesn’t appear at the moment to have a good chance to pass the full Congress. But the efforts could set the foundation for passage of major reform in the next few years.

Demand for recreational cannabis is roughly $50 billion-$60 billion when black-market demand is included, according to the Factbook.

How times are changing in DC around MJ

Just a few months ago, the consensus was that the federal marijuana legislation most likely to pass would be narrowly focused, such as a bill to help veterans or spending bill amendments to protect state-legal cannabis programs.

Now the leading House measure appears to involve a comprehensive bill that would legalize marijuana nationwide.

The Marijuana Opportunity Reinvestment and Expungement (MORE) Act of 2019 could open massive business opportunities for legal cannabis firms around the country, similar to the federal legalization of hemp, if it passes. But that’s a big “if.”

Experts point out major reform before 2021 has long odds because of resistance in the Republican-controlled Senate.

But here’s the new normal:

“I have this ever-growing sense that more progressive advocates for marijuana reform think the momentum is on their side and that they don’t have to be content with a set of modest reforms or even an industry-friendly reform that doesn’t expressly seek to address the social equity parts of the story,” Berman noted.

Nadler’s bill, for example, not only would legalize cannabis nationwide, but through a 5% rec MJ sales tax, it would fund programs to help individuals and communities disadvantaged by the federal marijuana prohibition.

Large industry groups including the American Bankers Association and the Credit Union National Association increasingly are pushing for specific reforms, such as the SAFE Banking Act, which would enable financial institutions to serve state-lawful cannabis businesses without fear of federal prosecution.

“It’s really the voices of these groups that have given the momentum and traction to the issue in the Senate,” said Saphira Galoob, CEO of the Liaison Group and executive director of the National Cannabis Roundtable.

U.S. Rep. Earl Blumenauer, a longtime advocate for marijuana reform from Oregon, told the media that Nadler’s bill will represent the “path forward” to fixing cannabis policy in the House.

That’s because most major reform measures must go through the House Judiciary Committee, and Nadler controls which bills get considered.

Many experts doubt he’ll want committee votes on bills other than his own.

The House Judiciary Committee may mark up his reform bill and vote on it by as soon as September, after lawmakers return from their summer recess, Blumenauer and others noted.

The Nadler bill would resolve major industry issues such as access to banking and tax equity.

But Berman said he would be surprised if the Republican-controlled Senate considers the Senate version of Nadler’s bill, which is sponsored by Sen. Kamala Harris, a California Democrat running for president.

“His statements have suggested personal opposition to marijuana, and we believe his political calculus favors keeping his senators off the record with many Republicans facing re-elections in areas without more progressive marijuana policies,” the report added.

That seemed to be the case when the Senate Banking Committee recently held a landmark hearing on cannabis banking.

Committee Chair Michael Crapo from Idaho was the only Republican present of the 13 Republicans on the committee.

The future role of SAFE and the STATES Act

The prevailing view by many experts is that major reform becomes even less likely as the 2020 election draws near.

If President Donald Trump or McConnell wants reform for political reasons, then it could occur, Berman said.

So if Nadler’s bill becomes the leading House bill, what happens to other cannabis-related legislation, such as the STATES Act, which would protect state-lawful cannabis businesses from federal interference but wouldn’t legalize marijuana nationwide?

Blumenauer, who earlier this year predicted that the House would pass SAFE, said that measure would be unnecessary if Nadler’s bill goes through the House.

STATES, which has no social equity component, has “interesting support” and “still has the opportunity to be the catalyst in the Senate,” Blumenauer said.

Pro-Tips For Working Together in a Business as a Family