McDonald’s Battles Ex-CEO in Lawsuit for Millions of Dollars

McDonald’s (NYSE: MCD) retaliates against former CEO, Steve Easterbrook, after he attempts to dismiss its lawsuit. The fast food company explained in a court filing on Monday that Easterbrook’s motion to dismiss the case should be denied as he should have to explain his actions in court. The lawsuit strives to attain the millions of dollars in severance pay the company paid Easterbrook upon his departure.

“When McDonald’s investigated, Steve Easterbrook lied,” the company said in a statement emailed to CNN Business Monday. “His argument that he should not be held responsible for even repeated bad acts is morally bankrupt and fails under the law.”

Easterbrook requested two weeks ago that the Delaware court dismiss the lawsuit initiated by McDonald’s. 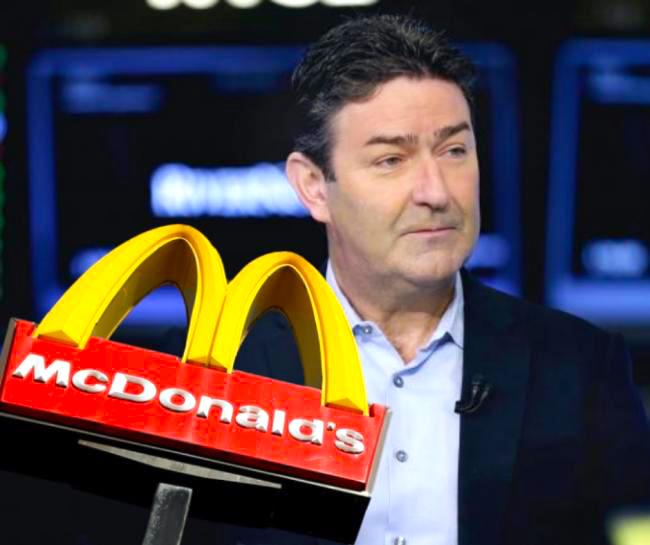 After stating that Easterbrook had a sexual relationship with three more women while working for the company, McDonalds is demanding it be reimbursed for the severance package it gave him. The initial agreement granted McDonalds benefits such as non compete and non disparagement clauses which Easterbrook’s Lawyer used as a means for dismissing the case.

“Easterbrook’s suggestion that, his lies notwithstanding, McDonald’s got a good enough deal by ridding itself of him has no legal merit,” McDonald’s responded in the filing.

According to Easterbrook, McDonalds had all of the information throughout the whole process and alleged there is no “new” details. However, the company states he purposefully deleted several emails containing evidence, which remained on its servers and were later found.

“When McDonald’s investigated, Steve Easterbrook lied. He violated the Company’s policies, disrespected its values, and abused the trust of his co-workers, the Board, our franchisees, and our shareholders,” McDonald’s said in a statement to CNBC. “His argument that he should not be held responsible for even repeated bad acts is morally bankrupt and fails under the law.”

Samsung fans give the ultimate insult to the manufacturer’s chipsets