Memorial Day travel is going to be congested this year if you plan on driving, but there are some times that are better for traveling if you plan on going back home to see your family. 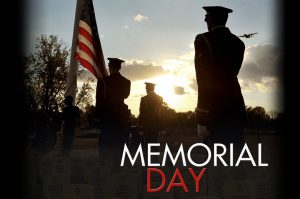 AAA predicts that roughly 37.6 million people will be driving somewhere on Memorial Day, which is the most ever for the holiday, while also marking a 3.5% increase compared to last year. The agency predicts that the worst times to hit the road are on Friday afternoons as people leave work due to the fact that plenty will be hitting the road after their shift ends.

The worst time to travel would’ve been on Thursday before the holiday between 4:45 p.m. and 6 p.m., according to AAA New York spokesman Robert Sinclair, which means we’re past that and it only gets easier now. “Solid job and income growth have left Americans with a lot of disposable income in their pockets,” Sinclair said.

“Many have decided to spend their extra dollars on a trip, usually by car, in spite of higher gasoline prices.” If you plan on flying, know that air traffic is also increasing this weekend when compared to last year, per AAA–roughly 3.25 million people are expected to fly nationwide.

The average round trip for airfare is holding steady when compared to last year at $171, which is a relatively solid deal.