Micron (NASDAQ:MU) reported its latest quarterly earnings results late today, which were mostly positive as the company’s profit topped Wall Street expectations, while its sales were also stronger than analysts’ mark, playing a role in lifting MU stock more than 5% after hours on Tuesday afternoon. 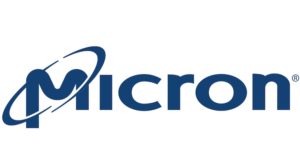 The Boise, Idaho-based semiconductor business unveiled that for its third quarter of its fiscal 2018, it brought in earnings of $1.05 per share on an adjusted basis when excluding certain items. This amount was considerably higher than the Wall Street consensus estimate of adjusted earnings of 79 cents per share, according to the average estimate of analysts as compiled by Refinitiv.

Micron added that for the three-month period, it brought in sales of $4.79 billion, which was better than the $4.69 billion that Wall Street predicted, per Refinitiv. The company’s growth impressed analysts as trade tensions between the U.S. and China saw Huawei get caught in the middle–the latter company tallied up 13% of Micron’s revenue for the first six month of its fiscal 2019.

Other chipmakers such as Qorvo and Skyworks lowered their guidance after the U.S. placed restrictions on how the country can do business with Huawei.

MU stock is up about 5.3% after hours today following the company’s quarterly earnings results. Shares had been down about 1.5% during regular trading hours on Tuesday ahead of Micron’s financial report.

Corporate Greed at Its Worst