Monday Apple Rumors: Apple Watch May Change to MicroLED in 2020


Leading the Apple (NASDAQ:AAPL) rumor mill today is news of the Watch display changing. Today, we’ll look at that and other Apple Rumors for Monday. 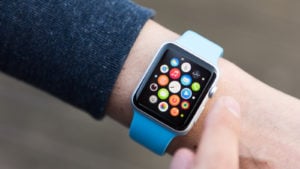 Watch Display: A new rumor claims that the Apple Watch display may get an update next year, reports 9to5mac. According to this rumor, the tech company will be moving away from OLED displays starting in 2020. Instead, the company is planning to switch to microLED displays in next year’s Watch model. The rumor also notes that AAPL wants to switch the iPhone over to microLED, but not until after the Watch.

iOS 12.4: Apple has released iOS 12.4 for the iPhone and iPad, BGR notes. This isn’t anywhere close to a major update for the devices. It mainly focuses on bug fixes and improving performance. That’s because AAPL already has iOS 13 and iPadOS 13 in beta testing. Those new updates will offer loads of new features for users to take advantage of. However, they won’t be out until later this year, which means iOS 12.4 will have to do for now.

Walkie-Talkie: Owners of the Apple Watch can make use of the Walkie-Talkie feature again, reports MacRumors. The feature makes a return alongside the launch of watchOS 5.3. It was initially turned off by AAPL over concerns about privacy. The tech company doesn’t believe the bug was exploited, but took the app offline just to be safe.