We are now in June and there is plenty of great content that is new on Netflix (NASDAQ:NFLX) as we get deeper into the summer month. 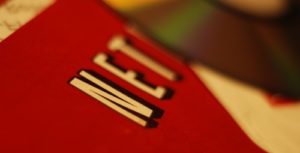 The middle months of the year are designed to enjoy big, explosive blockbuster titles, and the online streaming site is not going to disappoint this year as you will have contemporary classics such as The Dark Knight is already out for movie buffs this month. Batman Begins will also be available, so you’ll get to enjoy plenty of Christian Bale as Batman.

Clint Eastwood will also be available to watch as a crotchety old man in Gran Torino, while Channing Tatum lovers will be delighted at his inclusion in June’s new Netflix movies as Magic Mike will be available. Children and animated film fans can watch Madagascar: Escape 2 Africa.

We have compiled the best of what’s new on Netflix with these 25 movies that will be available to you starting in the month of June: