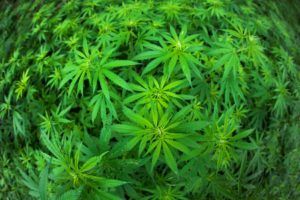 A new Washington state law has marijuana cultivators concerned over the potential of cross-pollination from hemp growers, which could prove disastrous to their bottom line if it occurs – potentially costing them up to tens of thousands of dollars in damages.

In April, Gov. Jay Inslee signed Senate Bill 5276 into law, opening up the state to hemp production in response to the 2018 Farm Bill, particularly by removing the previous four-mile buffer between outdoor marijuana and hemp farms.

With this change, hemp industry watchers expect a proliferation of hemp cultivation in the state, which only has a dozen farms compared to the 750 of Oregon.

“Obviously this’ll open up the spaces where hemp cultivators can operate and it could also have some negative impacts on the cross-pollination side,” said Seattle-based cannabis and hemp attorney Daniel Shortt.

He pointed out there are more than 1,000 marijuana growers in Washington compared to the relatively few hemp growers.

While final rules have not been released, primary concerns include:

Under the new law, the farmer who was on their land and operating first would win a dispute over possible cross-pollination.

The majority of current hemp production nationwide is geared toward the CBD market.

However, the small percentage of hemp farmers who grow for grain and fiber plant both male and female seedlings to encourage seed production, and those farms could have a dramatic negative impact on neighboring cannabis cultivation operations.

Shortt cautioned against jumping to conclusions about how this could impact the industry, since the final regulations have yet to be released.

He expects state lawmakers could wait for federal guidance before making related rules.

Also, an amendment to SB 5276 would allow the WSDA to reimpose the setbacks, though that remains to be seen.

Shortt understands why cannabis growers are concerned over the potential for cross-pollination in light of the struggles they’re already facing.

“It’s really competitive and difficult to successfully operate a marijuana facility and even if (cross-pollination) could ruin one crop that could be devastating,” Shortt said.

“When things are so competitive and the margins are so thin it’s reasonable to be concerned over something like this.”

One county zones out hemp

He said the county zones hemp production to tribal lands only out of concerns over cross-pollination and the impact it could have on the cannabis growers.

Seeing what was coming, the growers in his county worked with the county commissioners so they wouldn’t be in the same position as the rest of the state if the four-mile setback was removed.

“There are a lot of other areas in the state that are on pins and needles about where hemp farmers are going to locate,” said Taylor.

“The rest of the state is running into a potential issue.”

While Taylor acknowledges that the majority of hemp production is directed toward CBD and the female plants needed to create flower, he still sees it as marijuana growers placing their faith into neighboring hemp farmers to do the right thing.

He gave this example: If a nearby hemp grower plants 50 acres and doesn’t have the time, money or laborers with the know-how to remove the male plants, then the potential for cross-pollination is high.

“If a hemp farm is within a few miles of a marijuana farm and it’s growing a lot of male plants it will create enough pollen to significantly damage that marijuana crop,” Taylor said.

Although he acknowledges that a savvy hemp farmer would remove the male plants – CBD buyers will pay less for hemp plants with seeds in them, for instance – that’s no guarantee.

“You would lose money by leaving them in,” Taylor said.

Also, if the hemp farmer is growing for seed and fiber the risk for cross-pollination and destruction to the marijuana grower’s field goes up considerably.

Cory Sharp, a hemp farmer and consultant based in Moses Lake, restated the point that the majority of the hemp market at the moment is focused on CBD, meaning that most hemp farmers are growing females using feminized seed, the same as marijuana growers.

Sharp doesn’t see much of a risk for hemp growers who are considering planting next to a marijuana farm.

He isn’t concerned that cross-pollination from a marijuana farm could make hemp test “hot,” or over 0.3% THC.

Marijuana farmers with neighbors growing small amounts of hemp, say between five and 20 acres, shouldn’t be too concerned, according to Sharp, because the effort required to remove the males from smaller fields isn’t burdensome.

But a hemp farmer with 200 acres will find removing all the male plants challenging.