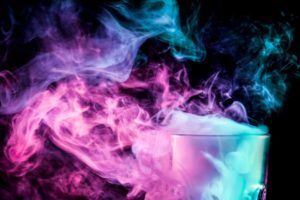 New Zealand plans to reverse a law banning cannabis vaporizers before new regulations kick in for the launch of the country’s medical cannabis program in April, Marijuana Business Daily has learned.

“Currently, vaporizers are prohibited under the Misuse of Drugs (Prohibition of Cannabis Utensils and Methamphetamine Utensils) Notice,” a Health Ministry spokesperson told MJBizDaily.

The “cabinet has agreed to replace the Misuse of Drugs Utensils Notice with a notice that enables the import of vaporizers that have been approved as medical devices by an overseas regulator.”

Reversing the ban will create opportunities for international companies to supply the New Zealand market, provided their vaporizers have been approved as medical devices by a national health body.

The ministry envisions this will be completed before the regulations go into force April 1.

Under those regulations, which were finalized in December 2019, medical cannabis products cannot be sold in a form intended for smoking.

Medical devices such as vaporizers can be manufactured in New Zealand, but they would have to be approved as medical devices, and the government says that approval is available only overseas.

That means the market will rely on imports of vaporizers for some time.

The ministry told MJBizDaily that no special import permit will be required after the Misuse of Drugs Utensils Notice is updated, but businesses will need to prove to the New Zealand Customs Service the devices have been approved by an overseas regulator as a medical device.

Dry herb and oil vaporizers will be permitted, pending the updated government notice.

“We are not proposing to limit the type of vaporizers so long as it is approved by an overseas regulator as a medical device,” the spokesperson told MJBizDaily.

In Canada, for example, medical cannabis vaporizers can be listed as Class II medical devices.

As of Jan. 16, 2020, Health Canada had issued six Class II medical device licenses for medical cannabis vaporizers – meaning they could theoretically be exported to New Zealand pending certain regulatory and legal issues and other factors.

No additional applications are currently in the queue.

The other three Class II medical device licenses were granted to:

There are two types of certificates for the export of the devices, according to Health Canada.

The first type is for licensed medical devices, and the second is for devices intended for export only and therefore not licensed for sale in Canada.

If a company is located in Canada and holds a Canadian medical device product license for a Class II, III or IV device or a medical device establishment license for Class I devices, a Health Canada spokesperson said the regulator issues a Manufacturer’s Certificate to Export.

“If the medical devices are intended for export only and therefore not licensed for sale in Canada, medical device exporters are required to issue an Export Certificate in the form prescribed in Schedule 3 of the Medical Devices Regulations and must be in compliance with Section 37 of the Food and Drugs Act and Part 4 of the Medical Devices Regulations,” the spokesperson said.

Global OR Communication Market (2019 to 2025) – Analysis and Forecast – ResearchAndMarkets.com

B2Gold achieves record production for 11th year in a row