Chinese electric car maker Nio (NYSE:NIO) saw its stock jump on Wednesday, gaining 6.07% on the day. After losing a little steam, Nio stock is once again on track for a high performance July, with NIO now up nearly 44% since the start of the month. 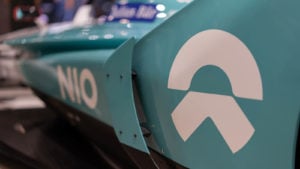 That’s a far cry from the last time I wrote about the company — almost exactly one month ago — after Nio stock price dropped 6.7% in a day. What has changed in July and what caused yesterday’s big gain?

Before getting into what’s apparently going right for NIO this month, it’s important to have a look at the litany of challenges the company has faced in 2019. Even though July has seen Nio stock price gain momentum, it is still down dramatically from this spring.

At the start of March Nio stock was trading at all-time highs, above $10. After yesterday’s big gain, it hit $3.67. Despite stringing together a pretty impressive month, NIO is still down over 64% since March.

Since that time there has been a seemingly endless supply of bad news for NIO investors.

A the end of March there was a big speed bump when China announced it was cutting subsidies for electric car purchases in half. That news immediately knocked 7% off Nio’s stock price. In April and then again in May, two Nio ES8 SUVs spontaneously caught fire. A third fire in June — along with a Tesla (NASDAQ:TSLA) Model S fire in a Shanghai parking lot — led to the Chinese government ordering electric car makers to perform safety checks on their fleets. Subsequently, Nio recalled 5,000 high performance ES8 electric SUVs that had been sold over the past year, after determining their battery packs had a design fault that could be a fire risk.

In its May earnings, Nio posted a narrower than expected loss, but reported selling less than half as many vehicles as it had the previous quarter. The company also indefinitely postponed the release of its first sedan, the ET7. By mid-June, subsidy cuts meant the Chinese EV market had slowed to just 2% annual growth, and foreign brands like Volkswagen and Tesla were the ones seeing actual gains.

Adding to the overall doom and gloom was the trade war between China and the U.S., which was becoming more heated in May and threatening to cause an economic slowdown — which in turn would hit consumer spending in China.

With news like that in the headlines, it’s no wonder investors were bailing and Nio stock was hitting all-time lows in June.

Based on what has happened since March, or even year-to-date (where Nio stock is down over 45%), the picture has not been rosy for Nio or its investors. But there have been glimmers of positive news in July that rekindled optimism in the electric car industry in general, as well as NIO’s prospects for a recovery.

First, while the trade war hasn’t gone away, it also hasn’t (yet) escalated to the degree that had been feared. On July 2, Tesla reported record deliveries for Q2, and those numbers helped reassure investors about the electric car industry in general, allaying fears that declining government subsidies would wreak havoc on sales. There’s little doubt that Nio stock price benefited from a halo effect as a result of Tesla’s performance. While the ET7 sedan was put on the shelf, Nio did release an all-new vehicle toward the end of June, with the more affordable ES6 SUV reaching its first buyers on June 20.

Yesterday’s jump in Nio stock price is part of a more positive outlook on the company. Its prospects have been gaining steam since the dark days of June. There are still many balls in the air — where the trade war is going, whether Chinese vehicle sales can continue to show growth, and whether the ES6 SUV sells in substantial numbers — but for now, things are looking up for NIO.