A challenging few months shouldn’t be cause for concern as Nvidia (NASDAQ:NVDA) threatens to take market share from big-name chip makers 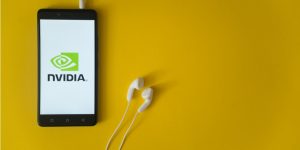 It’s easy to see in hindsight that Nvidia stock is a compelling buy in the $130’s. It has bounced off that support level multiple times this year. Now around 8%-10% higher, NVDA stock still has plenty of upside room — not only from a technical perspective, but as a strong contender in a beaten-down industry that’s a textbook example of market overcorrection.

Nvidia Stock Is Keeping Up with the Joneses

Prior to that, what hurt Nvidia the most was the so-called crypto hangover: Bitcoin’s euphoric 2017 gave way to an 84% pullback in 2018, which in turn spilled over to Nvidia. Its graphics processing units became less profitable as a means of mining for Bitcoin, Ethereum and other digital currencies.

Now that cryptocurrency is making a comeback, the hangover seems to be wearing off and Nvidia’s crypto connection should actually prove to be an advantage over the competition. Tech-heads can also evaluate Nvidia’s standing in the ongoing race to build the fastest and best-performing graphics cards. As I see it, nothing from Intel, AMD or Micron compares to the GeForce RTX 2018 Ti, a true powerhouse based on Nvidia’s proprietary Turing GPU architecture.

Being a “market darling” isn’t all it’s cracked up to be. That’s a lesson learned the hard way by NVDA starting in September of last year. Analysts’ favorite chip maker (at that time) started slipping after an insane run-up from $26 to $280 in two years’ time.

When market darlings fall, they fall hard and fast — and this is doubly true when it comes to tech stocks. Check the Nasdaq in 2000 lest you forget that lesson. Personally, I saw both $26 and $280 as unsustainable for a solid stock that just needed price discovery. Thus, the much more reasonable $130-to-$190 range has been established.

The latest blow, and the factor that’s likely to keep NVDA stock at the lower end of its range in the near term, is the U.S. government’s move to prevent Nvidia (along with competitors like Intel and AMD) from selling components to five major Chinese high-performing computing developers. All of this is in addition to the previously enacted Huawei blacklisting.

This, Too, Shall Pass

If you believe (as I do) that these blacklistings will be resolved sooner rather than later, then as a contrarian investor you can capitalize. Nvidia has shown early and aggressive forays into artificial intelligence. This could position it to be a strong contender when the posturing and brinksmanship subside and (relatively) free trade allows the best performers to rise to the top again.

High-performing computing will, I expect, require AI in the coming years. Nvidia’s early-mover status will stand the company in good stead even before the tariff war is resolved. In any case, Nvidia’s full line of GPU products are already considered best-in-class. They’re found in over 120 of the world’s top 500 supercomputers.

With a very reasonable trailing 12-month P/E ratio of 30-ish and an impressive trailing 12-month EPS of $5.30, Nvidia stock has what it takes to beat the trade-war blues and is already recovering from the crypto hangover. It’s the rain before the rainbow, as I see it. The short-term pressure will only make Nvidia, the comeback kid, that much stronger.