Only Gamblers and Traders Should Touch OCGN Stock

After Ocugen (NASDAQ:OCGN) stock soared more than 15-fold since the end of last year, the stock’s risk-reward ratio looks quite negative. Taking a bullish position on the shares at this point seems to me to be much more like gambling than investing. 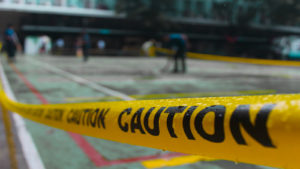 Put another way, a great deal has to go Ocugen’s way for the shares to justify their current, huge valuation.

Will the FDA Approve a Vaccine Developed in India?

Ocugen has agreed to further develop and commercialize a Covid-19 vaccine developed by Bharat Biotech, an Indian pharmaceutical company. Bharat Biotech developed the vaccine in partnership with India’s Council of Medical Research – National Institute of Virology. Ocugen will receive 45% of the profits that the shot generates in the U.S.

The only prominent vaccine for the novel coronavirus that was developed entirely by a foreign company is AstraZeneca’s (NASDAQ:AZN) shot. AstraZeneca is a huge, highly reputable drug developer based in a highly developed country, the U.K. Nonetheless, the FDA has slow-walked the approval of AstraZeneca’s vaccine; the U.K. approved the shot in December, but the FDA has not yet given a nod to the shot.

Bharat Biotech, by contrast, is much less well-known and is based in a significantly less developed nation. With about 700 employees and $118 million of annual revenue, it’s on the small side when it comes to pharmaceutical companies.

Anyone who buys OCGN stock at its current levels is betting that, despite these issues, the FDA will grant emergency use authorization to Bharat’s shot in a timely manner. The U.S. could achieve herd immunity by the end of the summer and it will take some time for Ocugen to actually distribute the vaccine.

So, I estimate that Ocugen will need to obtain an EUA by mid-June to potentially generate enough profit from the shot to justify the current valuation of OCGN stock.

Will Bharat’s Shot Be Effective Against New Strains?

I believe that much of the allure of Bharat’s shot – and consequently, of OCGN stock – is the idea that the vaccine will be more effective than its competitors at preventing the spread of mutated forms of the coronavirus. The latter theory seems to have arisen because, as Bharat stated in a Feb. 2 news release, its vaccine, unlike the other shots, spurs the immune system to counteract “multiple viral proteins (within the Covid-19 virus), as opposed to only the spike protein.”

Yet in the same statement, Bharat says that the vaccine “potentially” can protect against mutant forms of the virus. In other words, the shot’s efficacy against the mutants has not been proven.

Also worth noting is that at least two of the vaccines which have already been approved in the U.S. have been shown to be somewhat effective against the new forms of the virus. Specifically, Pfizer (NYSE:PFE) reported that its vaccine spurred the production of antibodies which resulted in “efficient neutralization {of} one of the key mutations…in the U.K. strain, which is also shared by the South African strain.” In another trial, the company’s shot effectively inhibited the spike protein utilized by the U.K. strain.

The Bottom Line on OCGN Stock

With OCGN stock trading at a price-book ratio of 59x and a market capitalization of $2.2 billion, the shares bake in a great deal of profit from Bharat’s vaccine. Given these points, short-term traders, along with longer-term investors who want to gamble, may want to dabble in the stock.

But everyone else should avoid it.

On the date of publication, Larry Ramer held a long position in MRNA.

Larry has conducted research and written articles on U.S. stocks for 14 years. He has been employed by The Fly and Israel’s largest business newspaper, Globes. Among his highly successful contrarian picks have been solar stocks, Roku, and Snap. You can reach him on StockTwits at @larryramer. Larry began writing columns for InvestorPlace in 2015.