Futures on the , and took their cue from falling Asian stocks this morning, as investors seemed to shift to risk-off ahead of the Good Friday’s market pause.

Conversely, Europe’s managed to rebound from a lower open, while the continued to plunge after manufacturing PMI readings from and came short of expectations, re-igniting fears around the region’s staggering growth rate.

In the earlier Asian session, regional shares fell back from multi-month highs, led by South Korea’s (-1.43%) underperformance. The index’s largest component, Samsung (KS:), weighed on the average price as the company took a hit from poor technical reviews on its new foldable phone, which was reported to suffer hefty screen malfunctions. 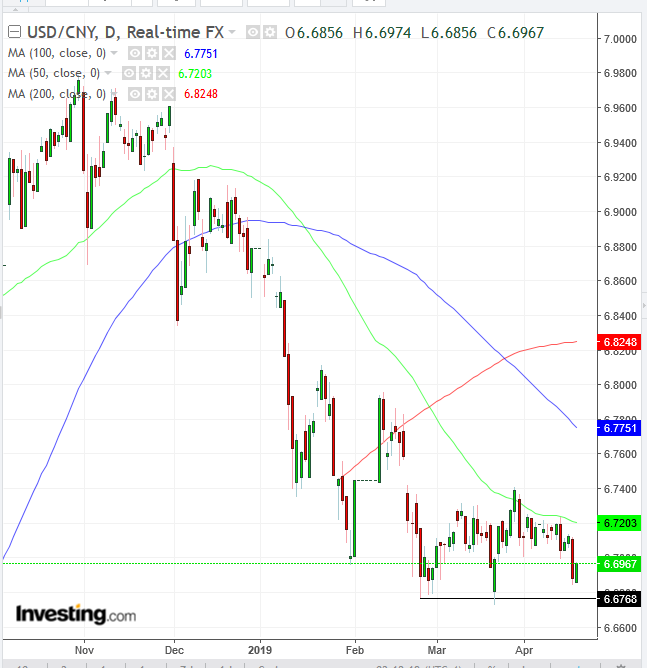 China’s (-0.4%) held relatively well compared with its regional peers, helped by the country’s latest string of economic data beats as well as by a weak yuan—which benefits exports, especially amid a sensitive trading environment. Technically, the found support by a congestion low since late-Feb, though the pattern—a H&S continuation—suggests the pair is set to keep falling.

Australia’s fared as the session’s outperformer, eking out a 0.05% gain.

On Wednesday, U.S. equities dropped to a weekly low on the back of a rout in the health care space, which took a beating from higher prospects of a U.S. policy shift to a public “single-payer” medical assistance system. stocks tumbled an aggregate 2.88% on the , as UnitedHealth (NYSE:), Anthem (NYSE:) and Humana (NYSE:) all tumbled.

UnitedHealth’s CEO David Wichmann in particular warned, during the company’s conference, that the “Medicare for All” proposal backed by Democratic representatives would squeeze profits in the industry and carry a severe impact on the broader economy and jobs. The selloff that ensued magnified the effect of other earnings reports, which had already dented investor sentiment this week by posting a mixed economic outlook.

The retraced 0.05% from yesterday’s gains. Meanwhile, Qualcomm’s (NASDAQ:)’s two-say 40% rally pulled the 0.34% higher, helping the index surpass its Aug. 29 record to close at 7680.72—though gains were tempered by a slump in biotech shares.

The underperformed U.S. majors, slipping 0.95% lower. Technically, a fall below the 50 DMA would reduce the expectation of a peak higher than late the February’s high, and with that, of a bottom to the December rout. On the other hand, a price dip below the 100 DMA would complete a double-top. 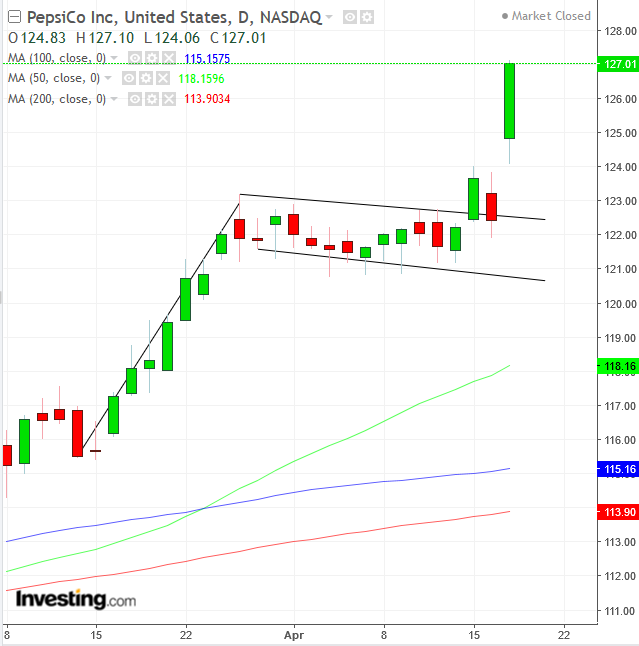 (NYSE:) rose, but a rout in Bank of New York Mellon (NYSE:) pushed financial shares lower. PepsiCo (NASDAQ:) jumped to an all-time high after posting , while (NASDAQ:) and (NYSE:), which also beat earnings forecasts, lifted transportation stocks. IBM (NYSE:) slumped as the IT group in sales. 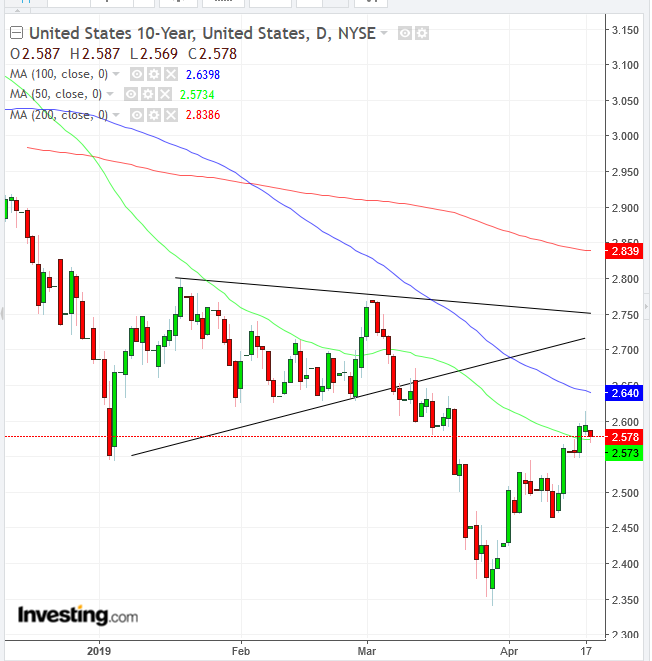 Meanwhile, the yield on Treasurys slipped for the first time in three days, after yesterday’s highs retreated from the 100 DMA, forming a shooting star. The price slid below the 50 DMA to then rebound above it. 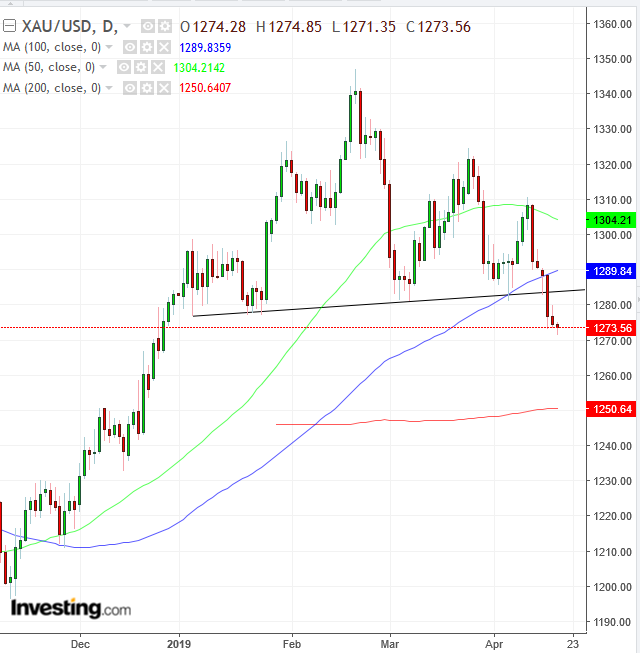 edged lower for the sixth consecutive day—even as the also dropped for the last two sessions—completing a H&S top.

Overall, investors appear to be unwilling to commit to risk-on positions ahead of a long weekend, turning increasingly cautious compared to last Friday, when they helped markets close the week firmly higher. It would look like solid growth numbers from China, positive signals from trade talks and some upbeat corporate results failed to offset the mounting concerns over a disruption of the healthcare industry and its alleged implications for the U.S. economy.

The question is whether downbeat trading stems from fundamentals concerns or rather from investors’ recent tendency to focus on negative headlines over positive ones, even as stocks returned to record highs—which would come as an omen for a market top. Perhaps their reaction to next week’s earnings reports, which include results from Boeing (NYSE:) and Chipotle (NYSE:), might provide us with some clues.

Argentina expects $29B in mining investments in 2019