Global stocks and futures on the , and deepened a slide this morning after an upbeat U.S. tempered the benefits of the Fed rate cut tailwind. 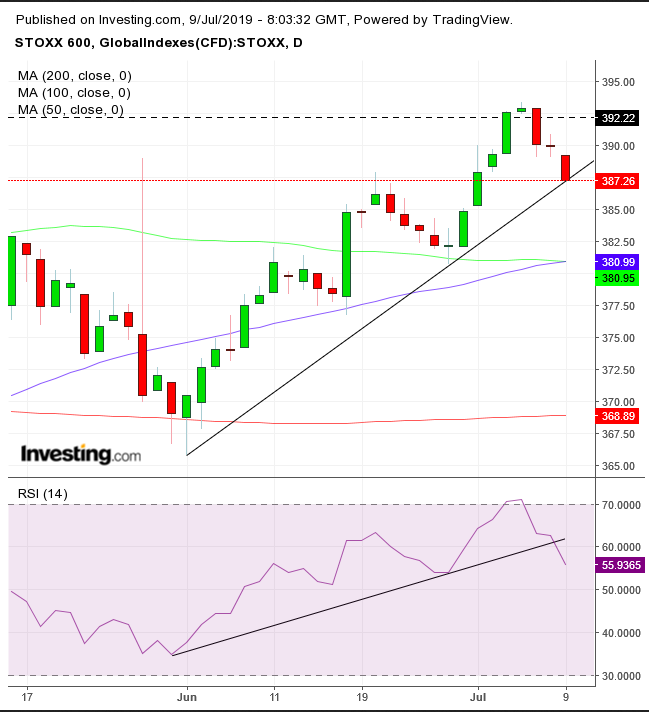 Europe’s dropped for the third day after the world’s largest chemical producer, German BASF (DE:), posted a profit warning, heightening growth fears across the continent. Technically, the pan-European benchmark is testing the short-term uptrend line, while the RSI already fell below it, suggesting prices may follow.

The also inched lower for the third consecutive session due to the dollar’s post-nonfarm payroll data strength, extending a downside breakout of the short-term uptrend line. 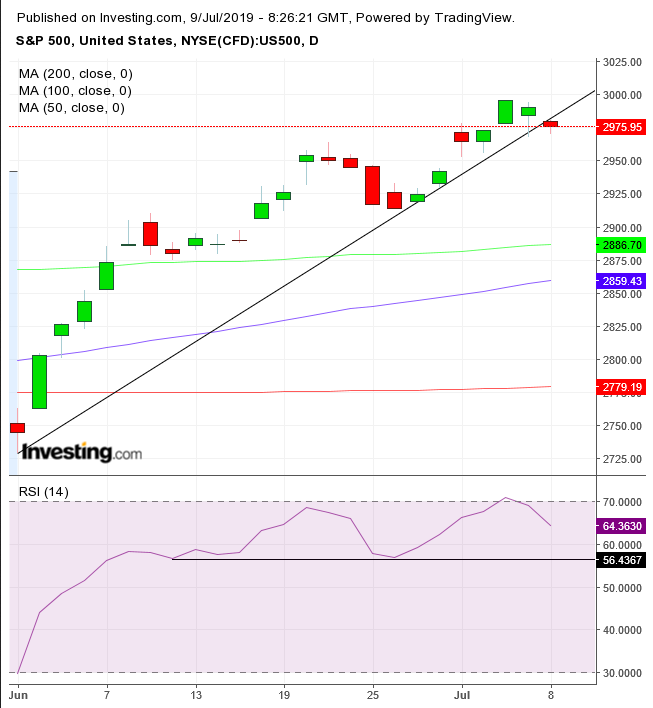 The gave up 0.48%, with (-1.15%) leading declines, while (+0.34%) outperformed. Technically, the index fell below its short-term uptrend line, with the RSI possibly forming a double-top reversal.

Meanwhile, the yield on Treasurys is hovering in a holding pattern—after jumping the most since Jan. 3 on the positive NFP numbers—as investors await clues on the Fed’s monetary policy path from Chairman Jerome Powell, who speaks at a banking conference today ahead of his highly anticipated before Congress at 8:45 ET on Wednesday—dramatically increasing the likelihood of high volatility at the open. 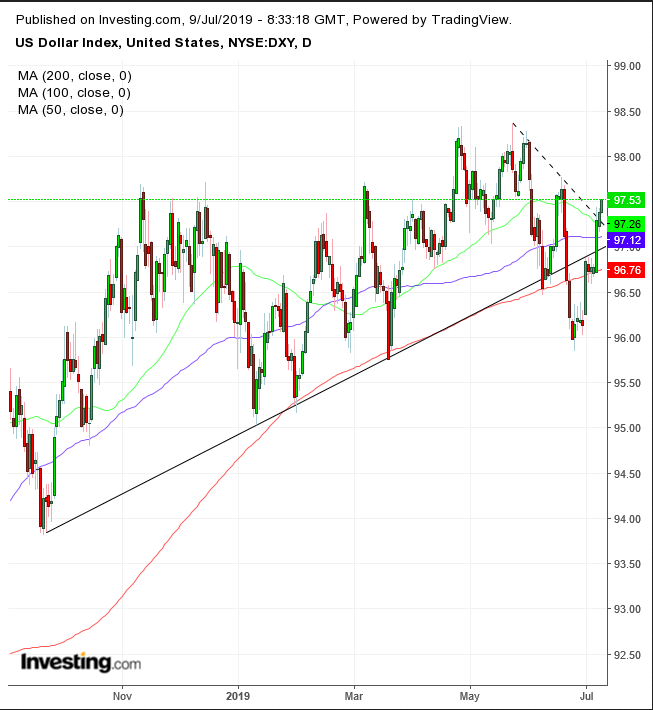 The returned to trading along its uptrend line since September, to cross above its short-term downtrend line since May—no less. Investors can expect fluctuations during and after Powell’s speech. 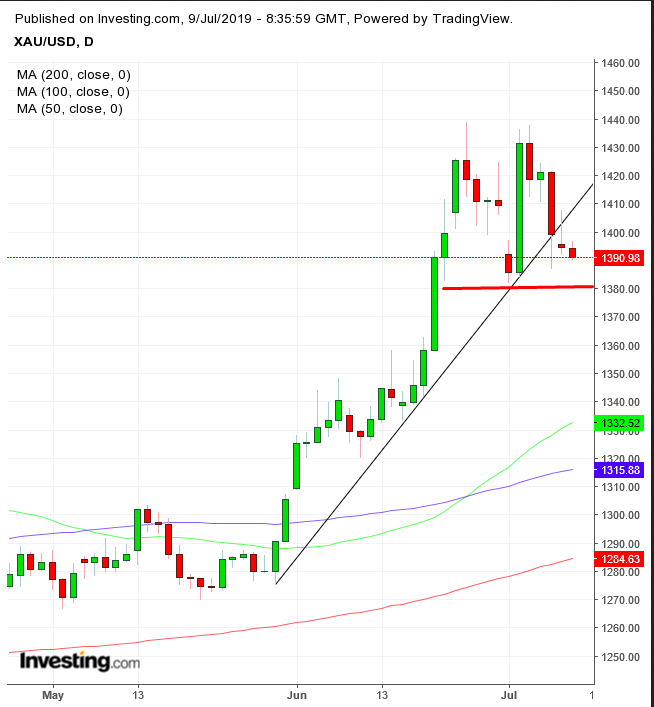 In mirror image to the USD and despite the broader risk off mood, is falling for the third day, once again demonstrating it is mostly an anti-dollar trade rather than a safe haven asset. Technically, the drop extended a break of the short-term uptrend line, threatening a small double top pattern. 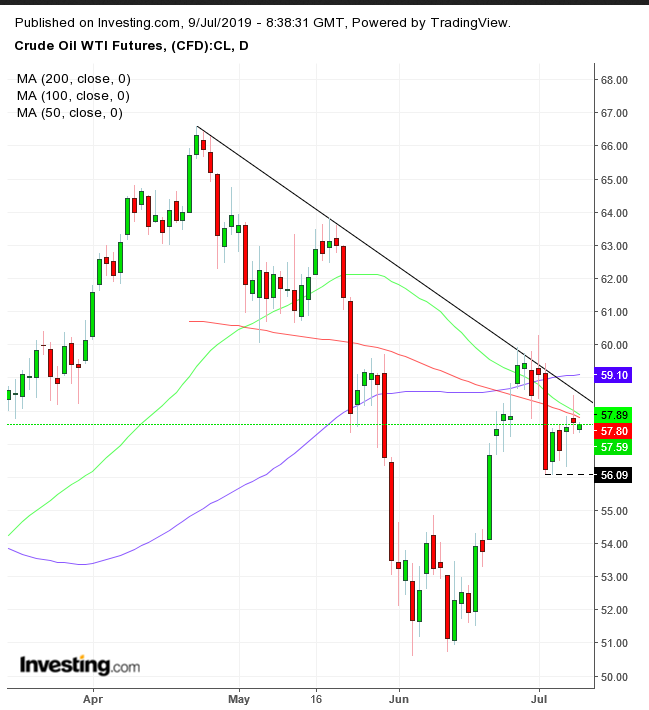 was seen ticking higher as geopolitical tensions on the Mideast front intensified after the U.K. seized an Iranian oil tanker—believed to be carrying over 2 million barrels of oil to Syria—off the coast of Gibraltar. Technically, the price remained under pressure below the medium-term downtrend line and the 200 DMA.