Futures on the , and extended the Fed-driven rally this morning, with SPX contracts hitting a fresh all-time high ahead of more central bank’s speeches and earnings reports from some of the U.S. largest banks.

Trading was thin in the earlier Asian session due to a Japanese holiday, but regional shares still managed to notch higher after China’s and topped all forecasts. Investors prioritized signs of economic strengthening while shrugging off a more gloomy outlook coming from another key front: China’s second-quarter slowed to 6.2%, the weakest pace in over 27 years. The market’s narrative banked on economic stabilization that would stem from what was seen as a likely move, by Chinese policymakers, to step up economic stimulus.

The country’s (+0.4%) outperformed, highlighting investors’ focus on the silver linings, while Australia’s (-0.65%) lagged with financials. Wealth manager AMP (ASX:) was the top loser on both the sub-index and the benchmark, shedding nearly 16% on the day, to a record low. Its shares dived after the company said regulatory constraints in New Zealand will most likely push it to shelve sale plans for its life insurance and wealth protection business. The firm also cancelled its interim dividend. Miners shares, however, offset a deeper selloff. 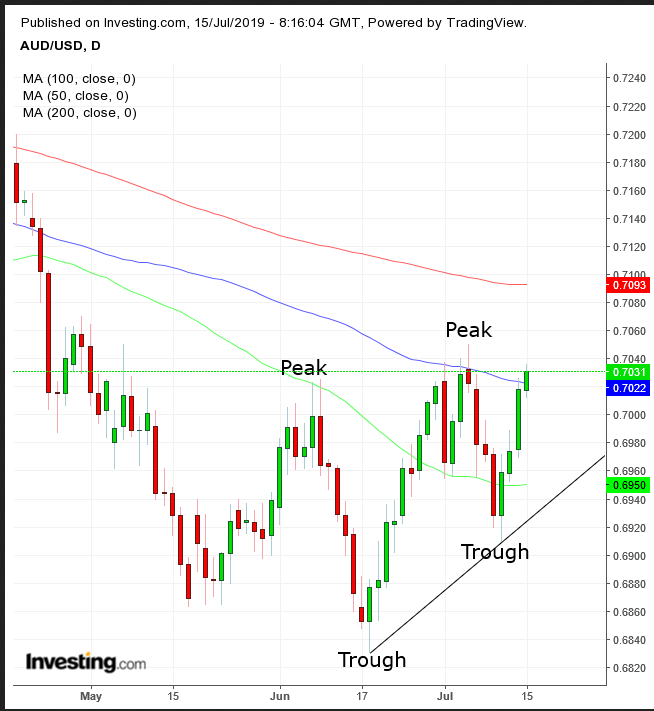 The jumped for the fourth straight day to the highest level since April 30 on the strong data beat posted by China, which is Australia’s biggest trading partner.

On Friday, both the and the carved out all-time highs for the second straight day, as well as a second straight weekly gain. Investors were counting on global monetary policy easing, disregarding an uptick in U.S. inflation that threatens to affect the Fed’s path to lower rates, similarly to Friday’s strong numbers. 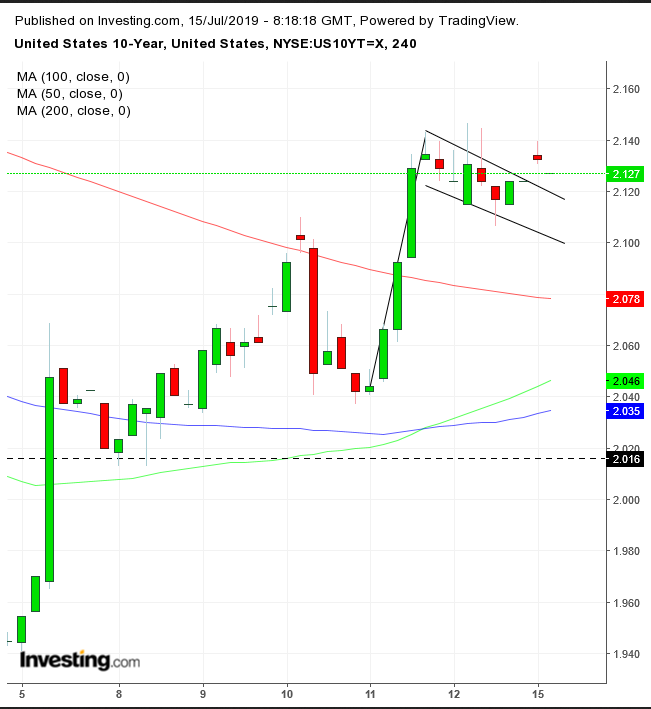 Meanwhile, yields on Treasurys pared an advance but continued to edge higher, after they completed a bullish, falling flag on the 4-hour chart, suggesting more upside potential.

The edged lower, posting a fourth consecutive drop after falling back below the medium-term uptrend line and into the short-term falling channel. The greenback has been fluctuating above the 200 DMA, which has proved support this month.

has plunged about 14% since Friday as criticism from President Donald Trump, attacking cryptos’ high volatility and legal risks, reignited doubts over the validity of this year’s rally. Technically, the price found support at the 50 DMA and the previous low at July 2. However, it also failed to best the June highs, which means that, as of now, the digital currency is contracting. 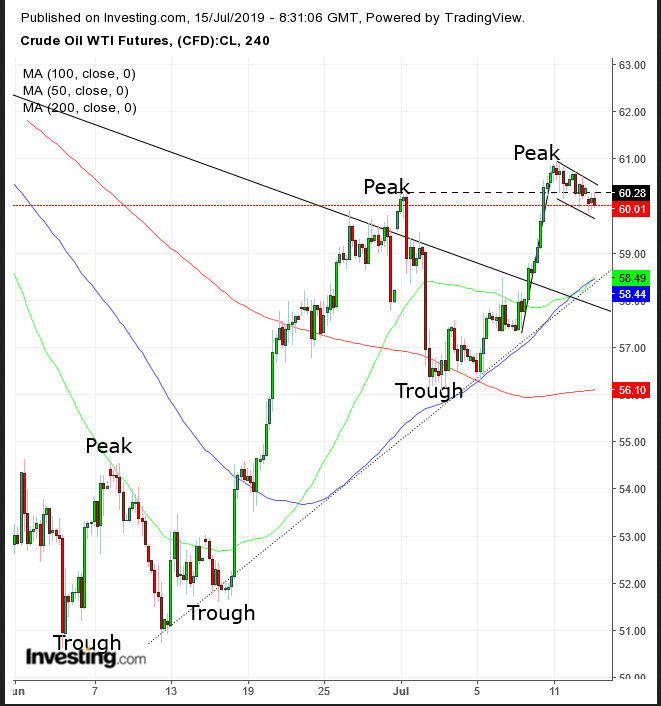 prices rebounded after slipping on China’s GDP flop, which reawakened fears that fuel demand by the world’s largest crude importer is slowing. Technically, the price for WTI may be setting up for a repeat of last week’s 6% jump as it develops a bullish, falling flag.