Futures on the , and and Treasury rallied alongside global equities this morning on renewed optimism that the Fed will join other global central banks in easing monetary policy.

SPX contracts in particular suggested the underlying benchmark may open above the 3,000 psychological round number. The hit a fresh all-time high on Wednesday—but ultimately failed to hold on to the milestone—after Chairman Jerome Powell the Fed’s recent dovish tilt remains on track despite last week’s . Powell cited trade uncertainties and slowing growth as an ongoing drag on the economy—thereby dispelling the market’s narrative, including ours, that June’s robust jobs growth would dent the outlook for lower interest rates. 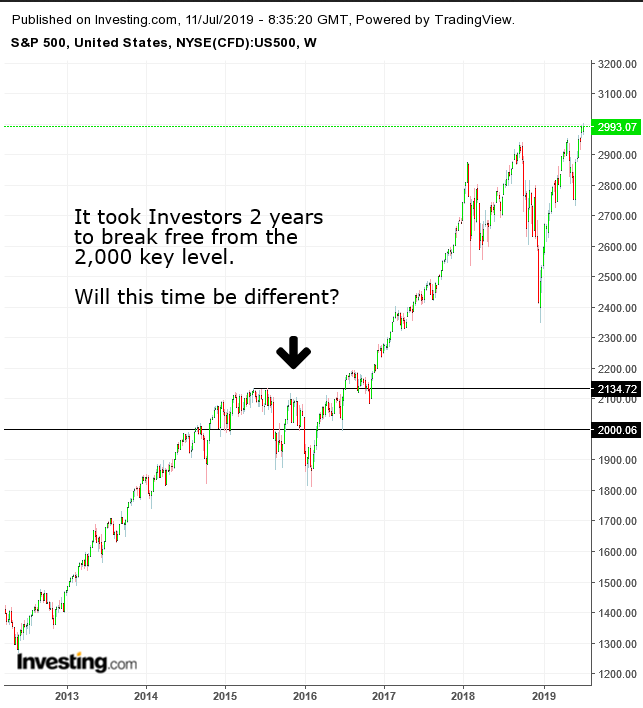 While futures look set to pull the SPX back above that key level, investors should bear in mind that after equities hit the 2000 milestone in 2014, they then moved sideways for two years. 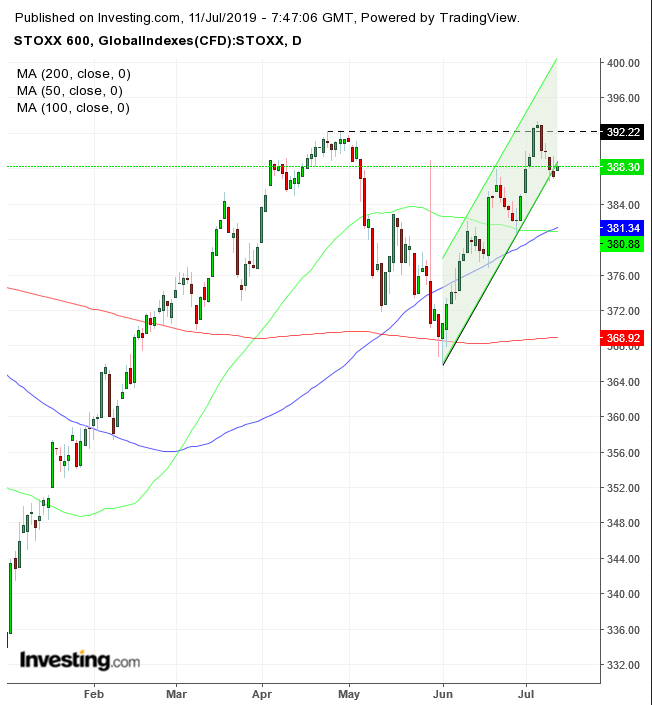 Europe’s was pushed higher by energy companies tracking an advance. Technically, the price rose for the first time in five days, rebounding after yesterday’s bullish inverted hammer. If the price continues to climb above Wednesday’s 389.37 high, it would return to the ascending channel since June 3. Meanwhile, the recent rout pulled the 50 DMA below the 100 DMA. Although the July 4 peak posted a new high—on thin, U.S. holiday volume—above April 24’s 399.22 high, it failed to convincingly push higher. If prices resume trading along this ascending channel, it would make that a more long-lasting high.

In the earlier Asian session, regional markets flashed green across the board. South Korea’s (+1.06%) climbed for the second day, outperforming even as tensions between Japan and South Korea—which have been responsible for the index’s previous slide—reached a new peak amid heightened risk of disruption in the memory chips market.

The yield on Treasurys slid for the second day on Powell’s dovish reiteration, nearing the 50 DMA as investors bought into current rates anticipating lower returns down the line. However, it’s important to gauge for how long equities can keep breaking records while yields fall toward multi-year lows. 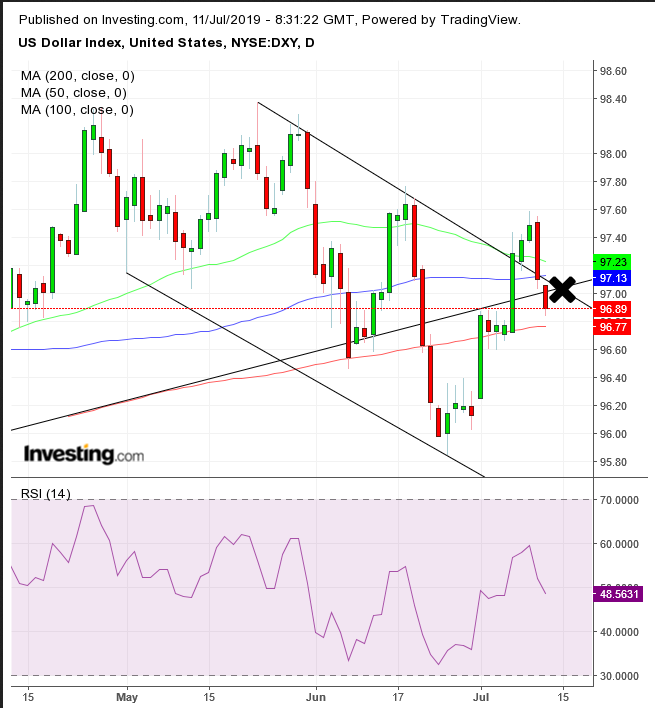 The also fell for a second consecutive session, slipping again below its medium-term uptrend line since September 2018 and into the short-term descending channel since May 2019’s high. However, from a technical standpoint, the price is still on the nexus between the medium and short term—marked by the X in the chart above—and the 200 DMA below 97.00 may prove a support.

The outlook for a weakening USD due to lower rates boosted , as it pulled up the RSI from a H&S top, threatening a blowout.

Powell’s testimony to Congress also sent shockwaves through the crypto market as he voiced “serious concerns” about Facebook’s (NASDAQ:) planned digital coin Libra, citing “privacy, money laundering, consumer protection and financial stability” risks. extended a rout to the second day after falling 12% on the Fed chairman’s remarks. The RSI is about to provide a negative divergence. 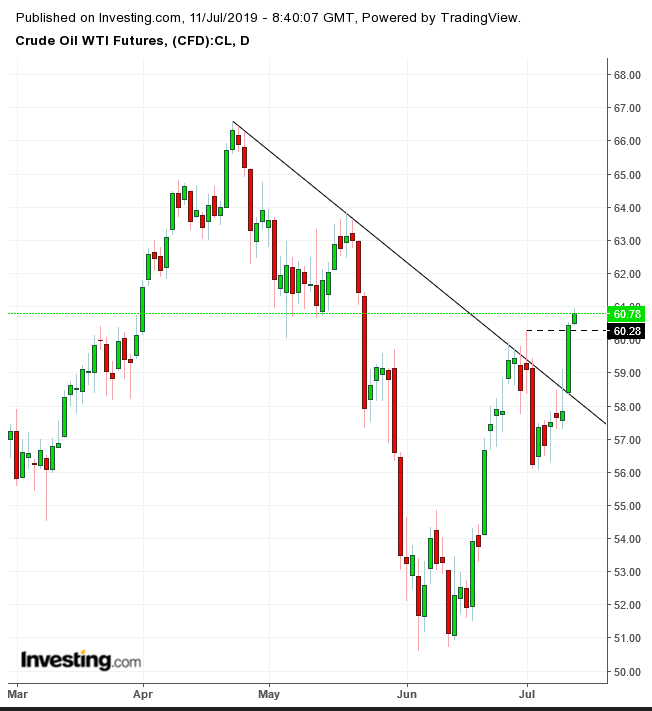 Meanwhile, WTI kept rallying after sealing a seven-week high close yesterday ahead of a hurricane in the Gulf of Mexico. Tightening U.S. supplies and mounting tensions between Iran and the U.K.—with the former reportedly attempting to seize a British oil tanker in the Persian Gulf—propped up prices.