Shares in Europe and futures on the , and meandered this morning, following a mixed Asian session as traders switched on the autopilot ahead of some key earnings releases as well as speeches from several Fed members that could add insight into the possibility of a rate cut being implemented as soon as the next monetary policy meeting at the end of the month.

The traded within a narrow range since it fell below its ascending channel since the early June bottom. Gains in chemical stocks offset a selloff in real estate shares.

A vacuum of market news resulted in a mixed equity performance in the earlier Asian session, which closed little changed but mostly higher. 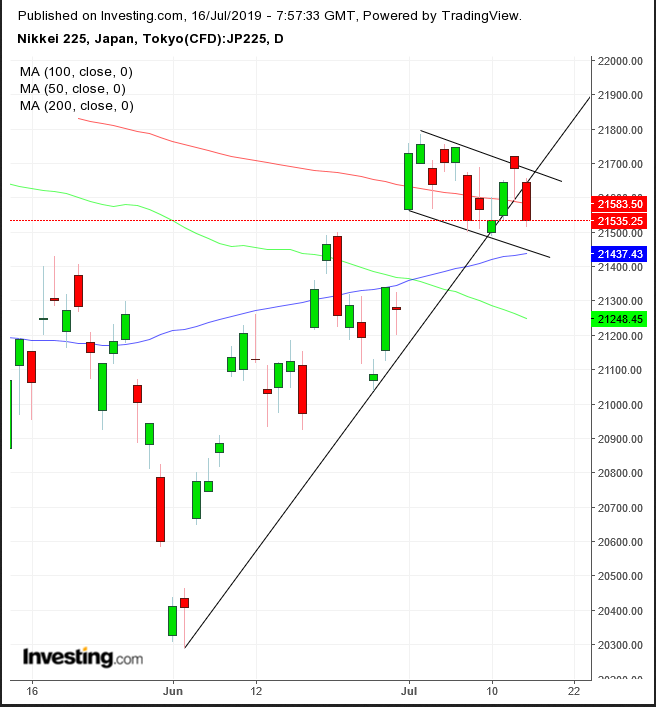 All charts powered by TradingView

Japan’s (-0.69%) underperformed as it re-opened after a holiday. Technically, the price closed below both the uptrend line and the 200 DMA, while trading within a bullish falling flag. South Korea’s (+0.45%) provided the best results in the region—even against a strengthening won—ahead of the Bank of Korea’s during the week. Technically, the found resistance below the downtrend line since the May 21 high.

Yesterday, U.S. equities gained ground to post yet new records on the back of a technology rally. The hit a fresh record close eking out a 0.02% gain, with defensive (+0.40%) outperforming. However, cyclical (+0.28%) also led gains, offsetting a 0.9% drop in stocks—which tracked the price of oil slipping below $60—and a 0.56% decline in on the outlook for lower interest rates. 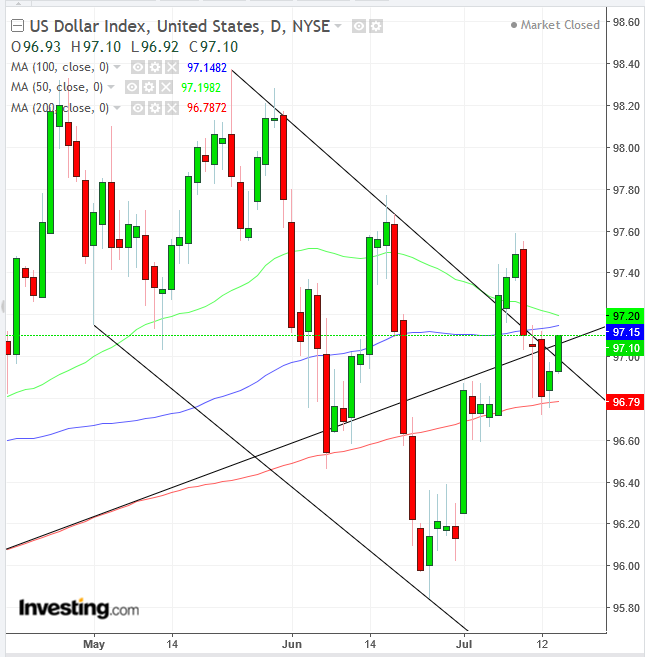 The USD gained for a second straight day, bouncing off the 200 DMA, even as a rebound in yields faded after yesterday’s drop. The is retesting the top of its short-term channel top since the May 23 high and the uptrend line since the September bottom. Helping the greenback higher were Brexit woes affecting both the and the pound. 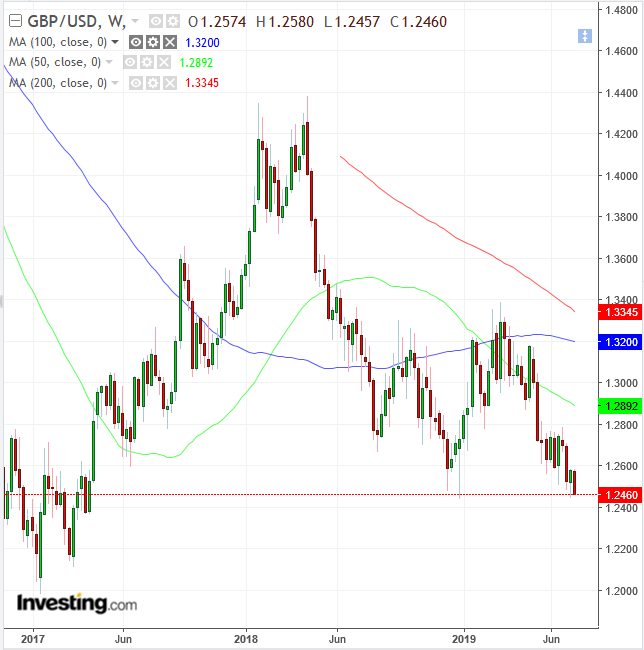 in particular fell to the lowest level since April 2017 as Brexit negotiations soured after U.K. leadership contenders Boris Johnson and Jeremy Hunt ramped up the odds of a no-deal departure from the 28-nation bloc. 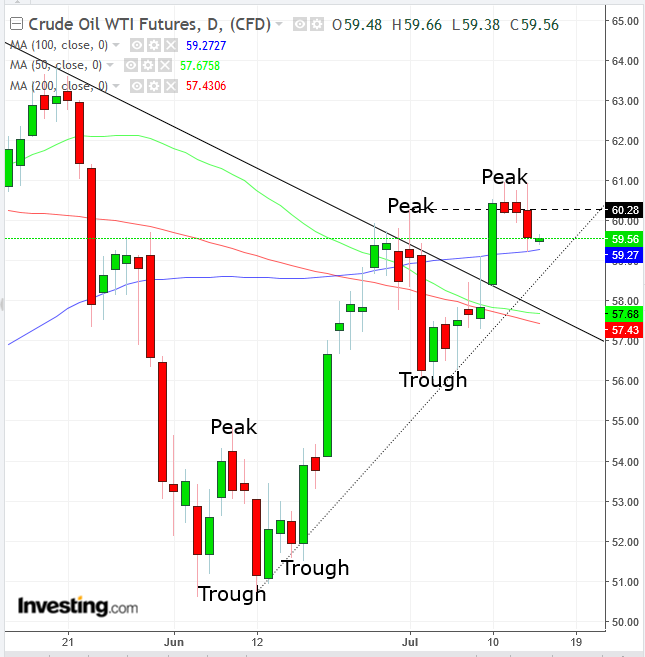 slid below the psychological $60 level, but remained above the 50 DMA and within an uptrend.

U.S. firms shipping to Huawei will get a two-week extension on Monday

In months, Britain will reportedly start to remove Huawei parts from its 5G networks