MONCTON, NB, June 24, 2019 /PRNewswire/ – Organigram Holdings Inc. (TSXV: OGI) (NASDAQ: OGI), the parent company of Organigram Inc. (the “Company” or “Organigram”), a leading licensed producer of cannabis, is pleased to announce that it has received approval from Health Canada for the licensing of 17 additional cultivation rooms within the Phase 4A/4B perimeter of the building. Thirteen of 31 Phase 4A cultivation rooms originally contemplated have previously been licensed. The 31st room initially contemplated for Phase 4A is being moved from the Company’s 4A plans to its 4B licensing plans thereby adjusting Phase 4A from 31 to 30 rooms and Phase 4B from 32 rooms to 33 rooms.

Sustainable growth, exceptional quality and constant innovation are the pillars of our overall strategic approach. 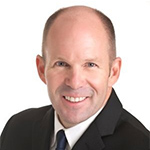 We are proud to continue to increase our physical capacity to meet the needs of cannabis consumers across the country while also bringing new thinking and technology to our production.

As a result of this approval, cannabis plants will be moved into these new cultivation rooms on a rolling basis commencing immediately. The Company anticipates being able to begin to harvest product from these newly onboarded rooms by the end of September, based on its historical cultivation timelines with the ability to ship dried flower as early as mid-fall of 2019.

Subsequent Health Canada licensing amendment submissions will follow expecting to allow for a continuous approval cycle of the remaining 33 Phase 4B cultivation rooms, mirroring the successful approach used with the Company’s Phase 2, 3 and 4A expansions.

The full Phase 4 expansion represents an aggregate of 77,000 kg of additional annual capacity and is being completed in a series of stages (4A: 25,000 kg; 4B: 28,000 kg; and 4C: 24,000 kg) with final construction expected to be completed by the end of calendar 2019. Once fully licensed and operational, the expansion is expected to bring the Company’s annualized target production capacity to approximately 113,000 kg of dried flower equivalents.

“Organigram’s continued expansion reflects ongoing growth in the cannabis marketplace, including increasing demand as new retail stores come online in Alberta, Ontario, Quebec and British Columbia,” explains Engel. “The expansion of our facility and production capacity will help ensure we have additional product for extraction for the launch of the edibles and derivatives market before the end of 2019.”

As previously disclosed, a Phase 5 refurbishment is also underway for an edibles and derivative facility and additional in-house extraction capacity.

Organigram is focused on producing high-quality, indoor-grown cannabis for patients and adult recreational consumers in Canada, as well as developing international business partnerships to extend the Company’s global footprint. Organigram has also developed a portfolio of legal adult use recreational cannabis brands including The Edison Cannabis Company, Ankr Organics, Trailer Park Buds and Trailblazer. Organigram’s primary facility is located in Moncton, New Brunswick and the Company is regulated by the Cannabis Act and the Cannabis Regulations (Canada).

1 The forward-looking estimates of additional production capacity are based on a number of material factors and assumptions. Please see the Company’s most recent MD&A available on SEDAR at www.sedar.com and the disclaimer at the end of this release.

The NCV Newswire by New Cannabis Ventures aims to curate high quality content and information about leading cannabis companies to help our readers filter out the noise and to stay on top of the most important cannabis business news. The NCV Newswire is hand-curated by an editor and not automated in anyway. Have a confidential news tip? Get in touch.

How the Coronavirus Pandemic Will Impact Airline Stocks