As the marijuana industry matures, consolidation is expected to ramp up – a trend noted by several speakers at MJBizConNEXT in New Orleans this week.

Public companies led the charge in acquisitions this week, targeting private firms for growth in geography and product lines in more than two-thirds of the deals closed.

But as more cannabis companies take to the public markets, the industry may begin to see more public-to-public deals.

The data below, provided by Viridian Capital Advisors, is through the week ended June 7.

For more analysis and in-depth looks at the investment trends and deals driving the cannabis industry forward, sign up for a premium membership to Investor Intelligence. 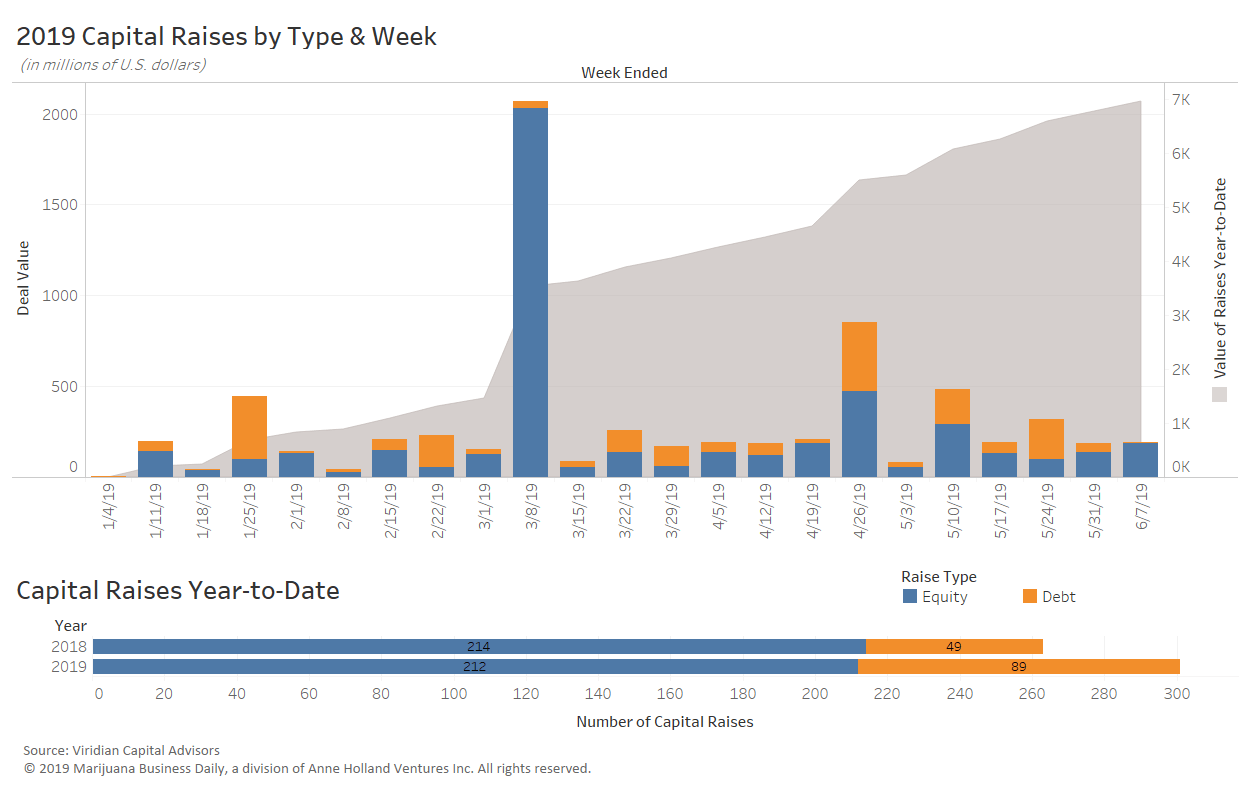 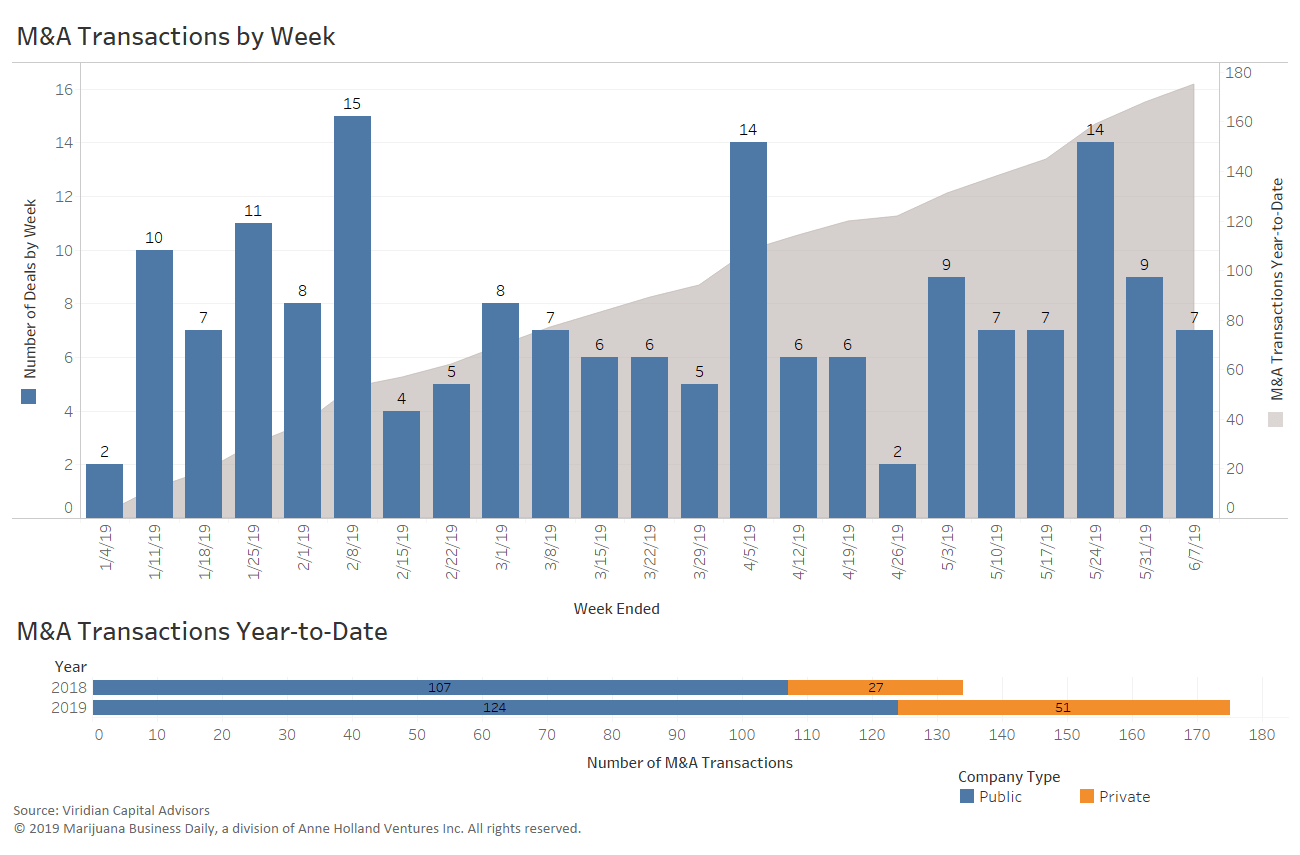 No Florida ballot in 2020 on legalizing recreational marijuana