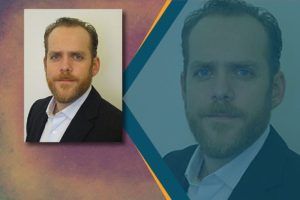 James Parker is no stranger to the marijuana industry or distressed-asset investing, and he’s aiming to combine both with a private equity firm he founded in December – California-based Trava Capital.

A former chief financial officer at MedMen, Parker made headlines in 2019 by suing the company for breach of contract.

He realized there’s a need for his pre-cannabis industry expertise at firms such as Los Angeles-based Alvarez & Marsal, where he specialized in helping companies correct course with a cash injection.

That’s something many companies in the cannabis space sorely need. And, if all goes according to plan, Parker will be arranging investment deals as soon as this year.

Parker is focusing on California marijuana companies as well as distressed cannabis firms across the U.S., provided they’re solidly run businesses and positioned to compete once federal prohibition ceases.

Marijuana Business Daily spoke with Parker to get more specifics on where he’s going with Trava.

Why did you start Trava Capital?

It’s a concept I’ve been kicking around a while, how I wanted to get reengaged in the industry.

I kicked it off in the middle of December. … I went to MJBizCon (in Las Vegas), talked to a bunch of people and ran across three or four others that said they’re running distressed-asset funds.

Everyone is going to be coming at it from a different perspective.

I’m fixated on parts of the industry that have the biggest upsides as it relates to interstate commerce, which I think happens to be the single biggest business change that’s coming to the industry.

That could be as much as seven to 10 years away, but when you’re working with private investment, you’re always supposed to be looking with a seven-to-10-year mindset.

I think, unfortunately, the industry has been beset by a lot of short-termism: How can I make my money in 12 months?

And that kind of results in what we have now, which is a network of businesses that were capital-raising engines.

They never were held as a standard of creating functional business models, and you’re seeing the end result of what happened.

Are you looking to just match investors with companies that are looking for capital?

The goal is actually to raise investor capital, manage it and then deploy it into distressed investments – and specifically in controlled positions.

My idea is not so much to create a consolidated entity, whatever a multistate operator (MSO) 2.0 is going to be.

It’s more (about) creating a very traditional private equity portfolio of investments in the space by using the existing capital crunch as the lever to bring valuations down to where they’re supposed to be – and to get better governance involved.

I think we’re going to see a couple high-profile failures, and more important than those companies, you’re going to see holes being blown in the supply chain beneath them.

You might have good companies that are just sort of stuck when huge chunks of their bills don’t get paid.

It’s one thing if you’re a marquee name and can still wrench open the capital markets to keep yourself alive; it’s quite another when you’re at the bottom of the chain, which is where I think some of the most interesting opportunities are.

What’s your timeline and goals for fundraising, and when do you expect to start deploying capital?

Effectively, the minute I can get my first $10 million, I can get started on pulling the organization together and making investments.

The last five years has been beset by everyone promising investors the sun, the moon and the stars, and right now it’s not looking so great.

I like to think a more disciplined, rational approach looking forward might be welcomed in the space, just as somebody who still sees the opportunity in the industry.

Are you going to be targeting specific verticals?

I’m more focused on the aspects of the industry that I think stand to gain the most from the eventual introduction of interstate commerce.

The way I look at the industry, it’s a combination of five extremely mature subindustries: It’s specialty agriculture, manufacturing, distribution, retail and branding.

If you can get a cannabis business to cash-flow neutral right now, you’ll win at the end of the day.

I’ve told people for a long time, you can’t win the race unless you’re there at the end of it, and you’re seeing a bunch of people spread themselves out before we’ve gotten remotely to the end.

But if you can find a way to run a decent business that’s growing at a modest rate that is clean and exists at the end of the race, you’ll do fine.

I think the cleanest companies get bought before anyone else.

This interview has been edited for length and clarity.