Normally, a competitor’s increased presence, especially in one’s own turf, represents serious trouble. And under this context, consumer technology giant Microsoft (NASDAQ:MSFT) should be worried. Recently, a developer for the open-source platform Linux accidentally revealed that Linux-based operating systems had greater presence in Microsoft’s Azure cloud network than Microsoft-based OS’. Does this signal a dumping opportunity for Microsoft stock? 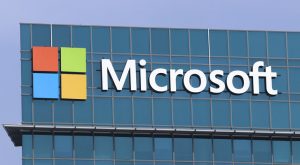 At first glance, the suddenly dominant presence of Linux may startle stakeholders of Microsoft stock. After all, Linux is a free and open-source collaboration, meaning that it’s impossible to profit from its mere existence. Of course, that philosophy runs counter to Microsoft’s legacy revenue channels, where it sold programs and updates to those programs.

By all accounts, it was an extremely profitable venture. But this latest bit of Microsoft news demonstrates that we’re no longer in the 20th century. And despite the optics, the Linux development is a long-term positive for MSFT stock.

How so? Because MSFT is, when it comes to software-related ventures, moving firmly toward the Software as a Solution (SaaS) model. Not only that, but the rise of Linux helps shift the narrative to the concept that Microsoft stock will now trade on the fundamentals of service offerings, not standalone products.

For management, it doesn’t really matter that Linux is the go-to choice for Azure users. For one thing, there’s the fact that Azure is cheaper to run on Linux than on any other platform. Even Microsoft benefited from Linux’s streamlined and efficient architecture to power its Internet of Things (IoT) devices.

In other words, MSFT stock wins as long as Microsoft is somehow involved in the process.

When Microsoft 2019 launched during last year’s fall season, it perplexed many observers. By that time, the tech firm had decisively entered the SaaS arena, and for good reasons. Namely, SaaS makes perfect sense for MSFT stock on multiple levels.

First, subscription-based models utilize an ongoing contractual relationship. While the subscriber has to pay constantly, they also have access to the SaaS entity’s service umbrella. Thus, when the need for updates arise — and that need perpetually exists — the platform automatically refreshes with relevant features.

Second, the subscription model can quickly convert prospective buyers due to their much cheaper initial cost outlay. Once subs are on board, companies have greater chances to convert them to higher-margin services. Such strategies have rejuvenated Microsoft stock in the past. They’ve also done wonders for Adobe (NASDAQ:ADBE).

So when MSFT launched Office 2019, the computing public viewed it as one of the strangest pieces of Microsoft news. Unlike Office 365, Office 2019 was not an SaaS platform. Instead, it was a one-shot offering for whom Microsoft termed “customers who aren’t ready for the cloud.”

Not ready for the cloud? This is the kind of language that, if you didn’t understand the context, would cause panic on Microsoft stock. Thankfully, you just need to read between the lines to see what management is up to.

And no, the leadership team haven’t lost their minds. Simply, Microsoft Office 2019 is a way to soak up demand from those who aren’t ready for SaaS; I’m thinking students or non-technical startups.

But the real beauty of Office 2019 is its limitations. Using it makes customers wonder, what if? Microsoft readily answers that question with their suite of SaaS services. Granted, it’s a long-winded approach to lift MSFT stock, but it works.

A decade ago, the old Microsoft would freak out that another competing OS is legitimately flexing its muscle. That iteration would probably fight fire with fire, leading to a series of bloated and bumbling systems.

Thankfully, we’re living in the era of the upgraded MSFT. In this version, the company has realized tech’s economies of scale, that open source can foster more utilitarian solutions. Better yet, new management has embraced this. Instead of fighting a losing battle, they’re redirecting their efforts into their core strengths. That’s a key difference between the Microsoft stock of old versus the one we see today.

And what exactly are Microsoft’s strengths? They are innovation and an unbeatable brand in PC-related software solutions. With these components, Microsoft assures itself relevancy despite losing dominance in certain market subsegments. Ultimately, that’s why stakeholders can continue to trust MSFT stock.