Rent-A-Center (NASDAQ:RCII) reported its latest quarterly earnings results after hours today, bringing in a profit that surpassed what analysts called for, while also increasing when compared to the company’s loss during the same period a year ago, yet RCII stock took a step back late Monday afternoon. 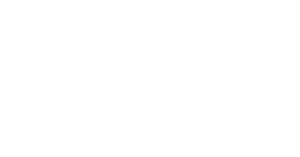 The Plano, Texas-based public furniture and electronics rent-to-own business said that for its first quarter of its fiscal 2019, it brought in a profit of $7.3 million, which is stronger than the loss the company posted during the same period in its fiscal 2018. This tallied up to roughly 13 cents per share in net income, or 59 cents per share on an adjusted basis when considering non-recurring costs.

This was stronger than what analysts expected from Rent-A-Center as the Wall Street consensus estimate called for the brand to bring in adjusted earnings of 30 cents per share, according to the average estimate of six analysts who were surveyed by Zacks Investment Research.

The company added that its revenue for the period tallied up to $696.7 million, which was also stronger than the Wall Street outlook as the average estimate of six analysts polled by Zacks was for sales of $683.1 million. Rent-A-Center now projects that earnings for its fiscal 2019 will be in the range of 85 cents to $2.25 cents per share, while sales will be somewhere between $2.59 billion and $2.63 billion.

RCII stock was down about 3% after hours following the company’s results. Shares had gained 1.2% during regular trading hours.