Roku Stock Is Streaming Profits For Investors, But Be Careful


There are few companies this year that are raising more eyebrows than Roku (NASDAQ:ROKU) stock. Roku is up over 240% this year, which is 16 times better that the performance of the S&P 500. 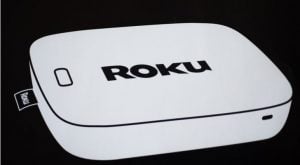 Clearly this is a momentum stock, and these usually pose a problem for most investors. On the way up, they appear perpetually ready to correct, scaring most investors out. Conversely, few are brave enough to catch them on the way down.

The ROKU chart is now so one-sided that it’s impossible to find any upside targets from here. Anyone buying it here is clearly hoping for this insane rally to continue.

In early May, although I was leery of it, I shared the potential of Roku hitting $85 per share. The bulls more than delivered on that potential. Up here I cannot chase it because I don’t have visibility to upside levels. Besides, the rise was so fast that it has undoubtedly built up a bunch of weak hands below.

Sentiment and Technicals in ROKU Stock

Before you label me a hater, this is not the same as saying short the stock. I am merely pointing out that it’s okay to wait it out a few ticks.

The markets in general are near all-time highs and going into tremendous geopolitical risk. Some would say that investors are reckless so equities are vulnerable to a correction. Although I don’t expect a major one, we could dip on headlines — but only as part of normal price action. If stocks in general fall, Roku could fall off a cliff. Momentum stocks run fast in both direction.

In addition and even with normal price action, breakouts like this need to retest the necklines. Bulls need to know that they have support below before setting new highs.

So it would be reasonable to expect Roku stock to drop towards the $82-$88 zone, which was my upside target. So those who are long Roku should not fear this potential drop; it would just be normal price action.

Fundamentally, I have problems with the stock. I don’t believe in its model as much as Wall Street does. I think onus is on management to prove that they deserve such high valuation. This may be the case that the expectations are too lofty at this point.

I have a special label in my trade book for situations like these: THTH — Too High to chase and Too Hot to short. For those who are set on shorting Roku, use options where a September debit put spread can limit the damage if you’re wrong.

This stock is not cheap. After 16 years of operations, it is still losing money and its price is 15 times its sales. Buying it up here means that the investors believe that it will grow into its valuation. I remain a skeptic.

I do like the conviction of its fans, but Wall Street can be a fickle bunch. Consider what happened to Nvidia (NASDAQ:NVDA). Every expert loved it when it was at $290 per share. Then suddenly they hated it with a passion.

I do like the ROKU sector because, thanks to Netflix (NASDAQ:NFLX), the world now wants to consume media online. Roku has a front seat to that new streaming world. I consider them an aggregator, so they are content-agnostic for now. But I still can’t ignore the potential threat from the mega caps that are already in the streaming rat race.

I use a Roku stick, but for free, and I would never pay for any of its services because I don’t need to. I merely use it to screen share off my phone. It’s not popular to say, but there’s a risk that the stock has too much love right now.

Logic suggests that it is okay to wait it out this high up, even at the expense of missing out on a few upside ticks. The setup for the last mega breakout was obvious to me, so I saw it the rally coming. I don’t have that same visibility here, so I put it in the penalty box for now. I would also protect any short-term profits I have, just in case.