Should Visa Be Worried About the Cryptocurrency Created by FB?

At first glance, the fact that Facebook (NASDAQ:FB) is developing a cryptocurrency for its 1.5 billion users has got to cause a little unease among the owners of Visa (NYSE:V) stock. 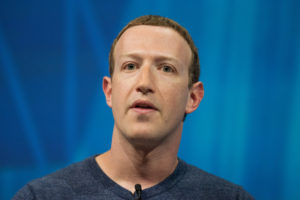 For that matter, any companies that are involved with transferring money should have a few concerns. That includes Mastercard (NYSE:MA) and Paypal (NASDAQ:PYPL).

However, in this article, I’m got to look at the ramifications of FB’s cryptocurrency, both good and bad, for Visa stockholders.

Why Visa Should Be Worried About Libra

When I first read the news about Libra, my immediate thought was that companies like Visa would lose market share as individuals and corporations around the world switch to Libra to carry out transactions.

But, as I read more about Libra and what it is and isn’t, I realized that Visa shouldn’t fear the cryptocurrency; instead, it should fear the regulators who are going to shine a big light on its systems as a result of FB’s move to create a global currency for the unbanked.

“It is not a stretch to imagine that widespread take-up and usage of Libra could result in the coin being able to become a free-floating currency,” Morgan Stanley analyst James Faucette stated recently. “That may turn it into a ‘supranational currency beyond the control of governments and central banks,’ which means there’s probably going to (be) an up-swell of vocal opposition from regulators, central bankers, and lawmakers globally,’ he added.

So, if Visa chooses to compete with Libra, what will happen if U.S. lawmakers get a sense that the company is standing in the way of lower transaction processing costs? Or, alternatively, if it cooperates  with the cryptocurrency, will governments take out some of their frustration with FB’s cryptocurrency on Visa?

The members of the Libra Association, which includes FB, Visa, and 26 other companies, have each agreed, on a non-binding basis, to commit $10 million to the association. However, because so many details about Libra have yet to be worked out, including those surrounding security and privacy, it’s unlikely that the funds will be forthcoming anytime soon.

The Libra Association says it will launch in 2020. Somehow, I doubt it will be able to meet its goal.

Why Visa Has No Reason for Alarm

Keep your friends close and your enemies closer.

Visa is one of the founding members of the Libra Association. It’s got a seat at the table. If it doesn’t like where the association is headed, it can always leave or vocally complain about what’s happening. I have to believe that all the payments companies are going into this with their eyes wide open.

The Verge’s Elizabeth Lopatto recently wrote an interesting piece about Libra that everyone should read. It goes into detail about what Libra is and isn’t. It’s an excellent piece.

She makes the point that a company like Starbucks (NASDAQ:SBUX) could develop its own cryptocurrency. Furthermore, Lopatto and University of Virginia Assistant Professor of Media Studies Lana Swartz  noted that FB isn’t trusted by most consumers.

“People don’t trust Facebook. They do trust Starbucks. Trust is a huge part of how money works,” Swartz, told me. Starbucks has a greater geographical reach in terms of branches than any bank in the world, she says.

“Moreover, SBUX has a heavily used payment app and some of the most sophisticated fintech in the world,” The Verge’s Lopatto wrote in an article published on June 26. “So maybe that’s the answer: Starbucks launches StarBucks, its own branded cryptocurrency, and it just massacres Libra because we like and trust Starbucks, and we don’t like or trust Facebook,” she stated.

Starbucks is in a much better position with consumers than FB ever will be. I, for one, would like to see SBUX do something to help the unbanked.

Whatever happens, I’m sure Visa’s got a plan to cope with competition from SBUX and/or FB.

Whether you own Visa, Mastercard, or Paypal, I think you’ve got an excellent investment and should continue to hold onto the shares for the long haul.