Advanced Micro Devices (NASDAQ:AMD) continues its roller coaster ride. AMD stock has been all over the map recently, and it shows no signs of letting up. With the stock market now surging again, AMD stock should break out in coming months. We could see $40 this fall, or 33% upside from current levels. 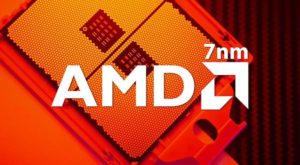 Don’t get married to the bull case for AMD stock, however. Over the long haul, this is likely to be a relatively high point for AMD. The company and its industry are highly cyclical, and AMD faces many challenges to maintain its current winning streak.

Excessive Valuation: Never forget that AMD stock is up more than 1,000% from its early 2016 lows. That’s great for folks who got in on the ground floor. But it’s a much different story for people buying AMD stock today.

At this point, the market is valuing the company at about $33 billion for a company that did just $6 billion in sales last year and earned just $300 million. That’s a P/E multiple of more than 120x and also an extremely high 5.4x price-to-sales ratio for this sort of low-margin business. Intel (NASDAQ:INTC) trades at just above 3x sales and 10.8x earnings.

Analysts have AMD’s forward P/E ratio in the 30s, as they assume better margins and competitive conditions. If their earnings projections are right, AMD stock still looks super expensive. AMD’s stock price would have to drop by about 50% to reach a 15x P/E ratio and a comparable P/S ratio to Intel.

Don’t Bet On Crypto Gains: AMD, like its rival Nvidia (NASDAQ:NVDA), previously rode the crypto wave. NVDA stock and AMD stock both surged in 2017 as the price of bitcoin soared as much as a 1,000%. This made sense. People saw the rising price of bitcoin and wanted to mine coins for themselves. They were using AMD and Nvidia gear to do that.

Since then, however, the crypto mining world has largely moved on. Both AMD and Nvidia reported huge declines in their graphics tech sales, in large part due to the loss of crypto revenues. AMD’s 2019 guidance was also soft, in part, because it saw crypto revenues remaining subdued. AMD said that, “the year-over-year decrease is expected to be primarily driven by lower graphics sales due to excess channel inventory, the absence of blockchain-related GPU revenue and lower memory sales.”

Now, some of these revenues could certainly come back. But people won’t be using AMD cards for mining bitcoin or many other major coins because more specialized cards work better. AMD could certainly pick up some sales if enough alt-coins really surge, but don’t count on another crypto boom like 2017.

Trade War Fears: The trade war continues to stymie semiconductor companies. Many folks, myself included, have long expected an imminent deal with China. The jury’s still out on what to make of this past weekend’s meetup in Osaka.

But we could be wrong. Perhaps the trade war will drag on well into this election cycle as the Chinese hope to wait and see if Trump gets the boot. If so, the prolonged uncertainty would wreak havoc on AMD’s prospects. That, in turn, would deflate AMD’s stock price.

Doing Better Than Expected: It’s no secret that semiconductors have gone into a trough. With that, AMD stock was supposed to tumble. In fact, however, AMD stock has held up very well all things considered.

Rivals like Micron (NASDAQ:MU) and Nvidia have gotten shellacked in recent months, and their revenues have plummeted. AMD’s revenue decline has been much more modest. AMD stock has gained 15.2% in the past three months, while NVDA is down almost 10% and MU shares are off 8.7%.

And with tons of new product launches along with Intel struggling in data centers, AMD could even return to revenue growth again over the next couple of quarters.

Strong Momentum: AMD stock may continue to be in the right place at the right time. Given its huge gains over the past couple years, it’s a leader in the tech sector. Traders gravitate to AMD stock when the NASDAQ is going up.

Good news on that front; expect the NASDAQ to have a lot of good days and weeks going forward. That’s because the Fed has rolled out the red carpet for risk-takers. It plans to accelerate the economy with more rate cuts, even with a strong GDP print in Q1, very low unemployment, and stellar housing numbers recently. With the market set to roar higher, high-beta momentum darling AMD could shoot up higher.

Short Squeeze Potential: Bears can’t stand AMD stock. Now there are plenty of highly valued stocks out there. But only a select few, like Tesla (NASDAQ:TSLA) and AMD attract a passionate crowd of people obsessed with the stock.

These bears, unfortunately for them, have bet frequently and prematurely against AMD stock. They are now, still, short more than 10% of AMD’s float — or more than 100 million shares. At today’s prices, that’s a more than $3 billion bet that’s been running in the wrong direction. Thing will get spicy in a hurry if AMD stock breaks overhead resistance and the bears have to cover.

In the long-run, I expect AMD stock bears will ultimately be right. The company is simply way overpriced for its current level of sales and profitability. AMD has had a great run against Intel, but the giant will strike back in due time. It requires significant optimism to expect AMD to be able to continue gaining on Intel indefinitely.

In the short-term, however, anything can happen. I’m bullish on the stock market, and Advanced Micro Devices stock is perfectly positioned to ride the wave. As a trading darling with massive short interest, AMD stock could fly. The key level is $34, where the stock stalled out last year. Top that, and AMD stock could hit $40. Just be careful to take profits before gravity eventually kicks in.

At the time of this writing, Ian Bezek owned INTC stock. You can reach him on Twitter at @irbezek.