Should You Sell J&J Stock As Opioid Charges Heat Up?

It comes with the territory. When you’re a pharmaceutical company, you are going to run into problems with your products from time to time. Through the years, Johnson & Johnson (NYSE:JNJ) has had its fair share of product concerns, recalls, lawsuits, and the like. JNJ stock is always subject to headline risk, as the recent opioid headlines reveal. 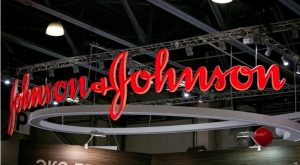 Is that risk that should worry investors? Consider the following:

J&J Wrote the Book on Handling a Crisis

Johnson & Johnson was responsible for perhaps the most famous product recall of all time. In September 1982, seven people in the Chicago area died after using the company’s Tylenol. It turns out that someone had laced various bottles of Tylenol with cyanide. At the time, Tylenol was J&J’s best-selling product, and as such, this was a grave threat to the company’s survival.

Folks predicted that Tylenol would never be able to recover from the toxic association that had sprung up around the brand. Sales plummeted. But J&J took bold and decisive action to fix the situation. It recalled a massive 31 million bottles of Tylenol from store shelves while replacing the product with a safer tablet form. Back then, drug companies tended to avoid broad product recalls unless absolutely necessary.

But J&J went above and beyond the call of duty, spending more than $100 million to put all safety concerns to rest. Several months later, Tylenol triumphantly returned to the shopping aisles in tamper-proof bottles and sales clawed back to previous levels. JNJ stock, which had slumped following the news, recovered to its highs. J&J’s flawless handling of the Tylenol issue is often cited as a case study in responsible corporate crisis management.

Opioids Are a Different Kind of Crisis

J&J has a strong reputation for safety. But its past good behavior may not get it off the hook with the opioid situation. That’s because prosecutors are accusing J&J of willful wrongdoing in this case. That’s much different from something like the Tylenol crisis, where a criminal tampered with J&J’s product.

Oklahoma Attorney General Mike Hunter has taken direct aim at Johnson & Johnson for supposedly being central to the opioid crisis. Hunter has aimed his fire at J&J, along with Purdue Pharma and Teva Pharmaceuticals (NYSE:TEVA). Purdue and Teva have already settled with Oklahoma for $270 million and $85 million, respectively. J&J hasn’t made a settlement yet.

From the size of those settlements, it would seem that J&J isn’t in big trouble. It could easily cough up a few hundred million dollars if that would make the problem go away. But that won’t necessarily be enough. For one thing, Hunter views J&J as the center of the problem.

The AG called the company “the kingpin behind this public health emergency.” He claims that JNJ violated the state’s public nuisance law, creating a substantial health harm. As such, he’s not pursing a conventional lawsuit that seeks compensation for damages already incurred, but instead is asking Johnson & Johnson to pay to clean-up the problem.

The other potential issue with settling is that it sets a bad precedent. Purdue and its founding Sackler family is already in deep trouble for its well-known roles in the opioid crisis. It will be hard for them to recover their reputation regardless of what happens. Meanwhile TEVA stock is down from $70 in 2015 to less than $10 per share today. They have little to lose from settling, as a big verdict against them in a jury trial could be a death blow.

JNJ stock owners, on the other hand, face a different outlook. JNJ stock, in fact, is still near all-time highs despite the opioid lawsuits. That signals to lawyers and potential claimants that J&J has huge pockets to settle other lawsuits. At this time, there are several thousand lawsuits in play regarding opioids. It’s hard to say how many of these could result in serious and punishing verdicts against J&J. But clearly, settling in the first big trial would set a precedent for other states and potential individual victims to demand more from the company.

Not J&J’s Only Legal Issue Either

In December, JNJ stock plunged almost 10% in a single trading session. That came following reports that Johnson & Johnson knew about the presence of asbestos in its baby powder before the scandal broke publicly. Additionally, regulators in India seized some of the companies talc products.

The company also lost an appeal to overturn a trial ruling in Missouri for a meaty $4.7 billion related to this situation. The punishment came due to claimed links between said talc powder and ovarian cancer. Even after that massive one-day plunge, JNJ stock continued to drop in the short run. By the time it bottomed, JNJ stock had dropped nearly 20% in two weeks following the talc concerns coming to the forefront. However, cooler heads prevailed and the stock bounced back in due time.

In the long run, Johnson & Johnson will work out fine. At least dating back to the famous Tylenol issue, J&J has had to overcome scandals and product safety concerns. Having legal issues and occasionally paying fines and settlements is a cost of doing business in its industry.

The opioid scandal looks bad now and it could certainly cause a sell-off in JNJ stock going forward. Johnson & Johnson stock plunged on the talc worries a few months ago, and a similar move could happen now. The stock is up 40% since 2016, and at 17x forward earnings, it’s reasonably priced but not exactly cheap. So there’s no rush to buy JNJ stock today, even for its 2.7% dividend yield. But there’s no need to panic sell your shares either if you are a long-term investor in the name.

At the time of this writing, Ian Bezek owned JNJ stock. You can reach him on Twitter at @irbezek.