Snap (NYSE:SNAP) reports its Q2 earnings tomorrow, and the market continues to show signs of anxiety about what the Snapchat parent company is going to reveal. SNAP stock has been on an impressive run in 2019, and investors have been more confident with Snapchat returning to positive user growth. Up until mid-July, SNAP stock price had rallied a whopping 170% since the start of the year. 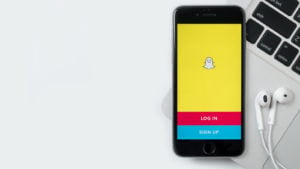 Then the doubt set in.

With its Q2 earnings due to be reported tomorrow evening, Snapchat stock closed at $14.02 on Friday, dropping 3.64% on the day. That capped a week where Snap lost 10% of its value.

What Investors Are Watching for in Snap Earnings

While everyone will be looking for Snapchat to report another quarter of user growth, the real focus on Tuesday is going to be ad revenue. That’s the key to Snap’s road to profitability and a critical indicator of SNAP stock value. Investors will be watching to see if the average price of Snapchat ads, and the average revenue per user (ARPU) have increased.

Ad revenue is especially important now that Snap’s new Android app has been fully rolled out. The app is 25% smaller and opens 20% faster, in an effort to spur to user adoption in markets outside of North America and Europe — where inexpensive Android smartphones dominate. That market is crucial for growing Snapchat’s user base.

However, as TechCrunch points out, the paradox is that with increased usage the operating costs for Snapchat ramp up. Cloud service providers like Amazon (NASDAQ:AMZN) have to be paid. And with advertising revenue per user in other markets running at about one third the level generated by North American users, Snap needs to show it is making inroads with ads globally, or any user growth is likely to extend the timeframe before it can hit profitability.

This delicate balance between user growth and ad revenue — and how the two impact the road to profitability — has many Snap investors on edge.

Snap Spectacles are still a thing, but even after the release of an improved version last year the company makes little revenue from selling hardware. The company took a $40 million write-off on unsold units of the original and hasn’t released sales numbers for the followup. About the only way Spectacles are going to have an impact on SNAP stock when it reports Q2 earnings is if the company announces it is dropping the hardware altogether. Investors would likely be relieved if the R&D, manufacturing and marketing expenses from the hardware disappeared.

Will SNAP Stock Bounce Back or Fall Further?

Outside of long term recovery prospects, the big question for investors right now is what is likely to happen to the SNAP stock price immediately after the company reports those Q2 earnings.

When Snap reported its Q4 2018 earnings in February, it beat analyst expectations for revenue, posted a lower than expected loss and announced Snapchat’s user base had stabilized. Snapchat stock rocketed on the news, rising 22%.

The company’s Q1 2019 earnings report saw a repeat of better than expected revenue and lower than expected losses, plus the news of a return to user growth for Snapchat. However, concerns that profitability is further away than expected turned an initial after hours trading surge to a 6.1% loss.

Historically, since its first ever earnings report in August 2017, SNAP stock has posted gains as a result only twice — in six of the eight quarters, investors have bailed in the aftermath. Even after a relatively impressive Q1.

If Snap is able to deliver a narrower loss, higher revenue, continued user growth and convince investors that ad revenue is on track to bringing profitability sooner? Then Q2 may well buck the odds, see the SNAP stock price pop instead of drop, and resume the 2019 Snap narrative of recovery.