Solar power has captivated investors ever since Bell Labs developed the first modern solar photovoltaic (PV) cell in the mid-1950s. The basic idea that the sun could power something like a car used to seem like the ultimate sci-fi fantasy.

Unfortunately, the solar industry’s long road from sci-fi dream to everyday reality has been a conspicuously unprofitable one.

Despite the spectacular worldwide growth of solar power, as shown in the chart below, many of the companies operating in the industry have struggled to turn a profit.

Click to Enlarge But the long years of famine are coming to an end. Within the last few months, several companies in the solar industry have reported record revenue, along with rising earnings and growing order backlogs.

One reason for solar’s recent surge is a powerful new “X factor” that has entered the solar energy market and has the potential to supercharge demand. That X factor is energy storage – also known as batteries.

Until recently, solar-power installations lacked the ability to store energy. They were simply use-it-or-lose-it power generators. Energy storage technologies were too expensive to be viable additions to solar-power facilities.

But this old story is changing rapidly. Energy storage has arrived – and its arrival could be a very big deal for the solar industry.

To see how we’re getting there, let’s take a quick trip (and it’s a nice one) – to Hawaii… 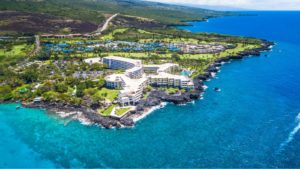 In the “olden days” of 2015, a company like Target Corp. (NYSE:TGT) would contract with a solar company to install solar panels on the roofs of its superstores. Once installed, the panels would deliver daytime electricity to supplement the electricity Target pulled from the regional power grid.

But now, when Target installs new rooftop panels, it often also installs a battery system to store the excess energy it doesn’t use immediately.

In 2017, Target kicked off its solar-storage project at its store in Kailua-Kona, on the big island of Hawaii’s east coast. There it installed a 910-kilowatt solar system from SunPower Corp. (NASDAQ:SPWR) that included a 250-kilowatt energy storage component. 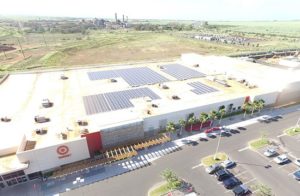 This may have been the first time a Target store had added energy storage to solar – but it won’t be the last.

“On emerging trends in energy innovation,” the giant retailer stated, “we see energy storage as an integral tool to increasing our renewable energy consumption and improving resiliency at stores in climate-impacted communities.”

By the end of this year, Target expects to install rooftop solar systems on more than 500 store locations. And by 2030, the company plans to produce 100% of its energy needs from renewable sources.

This storage component of the renewable energy industry is the new-new thing – and it has the potential to deliver big-big growth to SPWR stock and other solar companies that take advantage.

This energy storage boom is increasing demand for new solar installations – and increasing the revenue-per-installation for a company like SunPower. It announced recently that one-third of its order backlog includes solar-plus-storage, and that these installs generate about 40% more revenue than ones without storage.

Looking globally, the deployment of battery-based energy storage solutions (BESS) is ramping up quickly. According to JPMorgan, the cumulative installed base of BESS will soar 100-fold between now and 2030.

Bottom line: Solar power is big … and getting much bigger.

At the end of 2018, the world’s installed capacity of solar-power generation totaled nearly half a billion megawatts – accounting for more than 7% of the globe’s power capacity.

But new capacity installations are on track to soar 25% this year, according to Bloomberg New Energy Finance, and to nearly double by 2021.

Many forecasts anticipate an equally spectacular growth trajectory. According to the International Energy Agency’s (IEA) “Sustainable Development Scenario,” solar-power capacity will soar fivefold between now and 2025, accounting for a whopping 38% of global power generation.

Looking further out, the IEA anticipates a 13-fold increase in solar-power capacity by 2040, at which point this renewable source would be providing two-thirds of the world’s power needs.

The IEA anticipates global spending on solar power to total $4 trillion over the next two decades – or about $180 billion per year.

If investment of this magnitude were to occur, solar power would become the world’s primary electricity source by 2040.

But you don’t have to wait 20 years to profit on this trend. By then, it could be too late – long after this spectacular growth trend has slowed.

There are a lot of companies out there that are jumping on the solar bandwagon, and there is clearly a lot of investing potential here, but it’s all about finding the right companies that offer significant long-term potential.

In it, I share two recommendations – and a whole lot of research – to get investors in on this technology’s profit ground floor.

To learn more, I strongly suggest you go here to find out how to join Fry’s Investment Report.

Eric Fry is a 30-year international finance expert, former hedge fund manager, and InvestorPlace’s resident expert on global investment trends. He founded his own investment management firm and served as a partner several others. In 2016, he won the Portfolios With Purpose stock-picking contest – Wall Street’s most prestigious investment competition – making him America’s Top Trader. With Fry’s Investment Report, Eric’s goal is to track the world’s biggest macroeconomic and geopolitical events – and help investors make big gains from those emerging opportunities. Click here to learn more.