Starbucks (NASDAQ:SBUX) reported its quarterly earnings results late today, amassing a profit that is stronger than what Wall Street projected, while sales also beat the guidance, lifting SBUX stock more than 5% after hours. 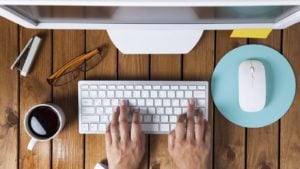 The coffee chain — based out of Seattle, Wash. — announced that for its third quarter of 2019, it brought in net income of $1.37 billion, or $1.12 per share, a 60.7% surge year-over-year. On an adjusted basis, the business amassed a profit of 78 cents per share, ahead of the 72 cents per share that Wall Street called for, according to the survey compiled by Refinitiv.

Starbucks reported revenue of $6.82 billion over the three-month period, about 8% higher than its sales during the same quarter a year ago. Analysts predicted the coffee business would amass sales of $6.67 billion, according to a Refinitiv poll.

“Our two targeted long-term growth markets, the U.S. and China, performed extremely well across a number of measures as a result of our focus on enhancing the customer experience, driving new beverage innovation and accelerating the expansion of our digital customer relationships,” CEO Kevin Johnson said in a statement.

Starbucks added that its global comps grew 6% year-over-year, better than the 4% gain Wall Street called for, per Refinitiv.

SBUX stock is up about 5.7% after the bell today–shares had been gaining 0.4% during regular trading hours.