A survey by Bank of America Merrill Lynch showed that fund managers are the most bearish they’ve been since the market crashed back in 2008. The survey, carried out in June, included the opinions of 230 fund managers — and 87% of them worried that the economy was late in its cycle. The result has been a shift in fund managers’ money toward safer investments like utility stocks, cash and bonds.

Obviously there’s good reason for fund managers’ worries. Lingering worry about the trade war with China and worries about how the Fed will cope with the current state of the economy are just a few of the reasons many are taking a cautious approach to investing.

However, it doesn’t mean you should exit the market completely. In fact, the overwhelming pessimism opens the door for stocks to push higher on any glimmer of positive news.

A true resolution to the trade war and some monetary policy changes could easily push share prices to all-time highs this summer, so if you’re willing to stomach the risk, it’s a great time to rebalance and take some new positions. Here’s a look at stocks to buy if you’re brave enough to be a contrarian right now. 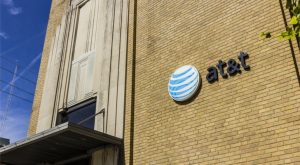 I love AT&T (NYSE:T) stock right now because I think the firm’s grand plan is a winning one and although there are a few more obstacles to clear, I trust that management will pull off its monster turnaround. T stock is about to go from being a mere telecom to becoming an all-encompassing ecosystem including both wireless connectivity and streaming services.

The firm’s purchase of Time Warner will soon pay off when the firm rolls out a streaming service that draws on the firm’s massive content library. The growth of that platform will play a huge role in keeping AT&T’s customers coming back, but more importantly it will become an advertising gold mine when coupled with T’s huge customer database.

Plus, T stock is a great stock to buy if you’re playing a long game because the dividend yield of 6% makes waiting for the turnaround much more comfortable. 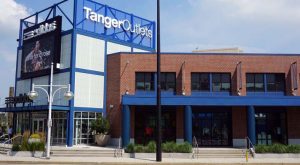 I’m willing to admit that buying a retail stock with worries about the economy on the table and the retail-apocalypse still casting a shadow on the industry is a risky proposition. But shares of Tanger Factory Outlet Centers (NYSE:SKT) are hard to pass up right now.

Shares of the retail REIT have fallen 21% so far this year as investors worried about whether or not the decline of shopping malls would spread to outlet malls as well. That has been happening to some extent. SKT has been struggling against falling traffic — albeit not as severely as its traditional shopping mall counterparts. However the firm has been working to rid itself of underperforming assets and reinvest in those that have potential.

The biggest reason SKT is such an attractive stock to buy right now is the fact that the firm offers a dividend yield of 8.6%. Part of the reason for that huge payout is the fact that investors aren’t confident in SKT’s future. However it’s worth noting that the firm’s strong balance sheet and relatively low payout ratio make the dividend payouts likely to continue. 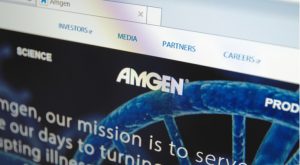 Shares of biotech firm Amgen (NASDAQ:AMGN) have been struggling this year, with the firm’s share price down 3% since the start of 2019. However, the fact that investors have all but forgotten this drugmaker could create an interesting entry point for investors willing to take a risk.

For one thing, AMGN stock’s position in the healthcare space makes it worth considering. If you haven’t already pared down some of your big-name tech holdings in favor of healthcare plays, you should. No matter the state of the economy, healthcare will always be in demand, especially as the population ages.

Amgen has been hurt by competition for many of its blockbuster drugs and the heavy hitters in the firm’s pipeline are still in the early stages of development. That product churn has kept the stock from pushing higher, but a closer look at AMGN stock’s business makes picking it up for a long-term portfolio is a no-brainer.

Not only has the firm been able to offset declines caused by rising competition with new treatments for headaches and high-cholesterol, but the firm’s solid balance sheet suggests that management runs a tight ship. The firm is sitting on a massive $26 billion pile of cash that will help AMGN survive financial hardships should they appear, or fund strategic acquisitions as opportunities arise. 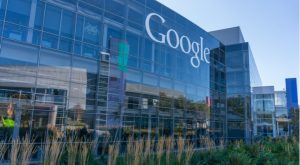 The past few months have been painful for investors holding on to Google parent Alphabet (NASDAQ:GOOGL, NASDAQ:GOOG). The share price has fallen nearly 5% in the space of about two months, but now could be a great time to pick up shares of the tech giant before they make their way higher.

GOOGL stock has its hands in just about everything in the tech space, from mobile phones to cloud computing and even autonomous driving. Buying shares in GOOGL stock is essentially betting on the technology of the future. As InvestorPlace’s Luke Emerson wrote that although Google’s many projects aren’t boosting the stock right now, they are setting the company up for the future. He said that the stock has enormous potential “if just one of their many assets starts to ‘work’.”

He’s referring to the potential in YouTube,  Waymo, Google Maps and the number of other projects GOOGL is betting on. With a share price of just $1,080, I doubt GOOGL stock will be this cheap for long, especially once investors start viewing Alphabet as much more than just an advertising play. 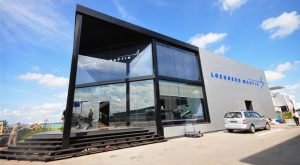 If you’ve been reading this article thinking, “she’s crazy, there’s a recession on the way,” then this last one is for you. There’s certainly good reason to be shoring up your portfolio with investments in defensive sectors, and one such industry is defense itself. Government spending is what keeps defense stocks alive, and they tend to thrive regardless of the state of the economy and trade concerns.

Lockheed Martin (NYSE:LMT) is poised to benefit from rising government spending, especially as tension in the Middle East continues to build. The company is seen benefiting from a growing Department of Defense budget this year, and its popular F-35 aircraft has been a major revenue driver. The firm’s aeronautics segment makes up roughly 40% of the firm’s overall revenue. Its aircraft program is unrivaled, which has kept demand high.

There is some concern regarding LMT’s pension scheme, which is underfunded and has been gobbling up a great deal of the firm’s cash. However, the firm looks likely to deliver over the next decade and makes for a good defensive position in your portfolio.

As of this writing, Laura Hoy was long T.