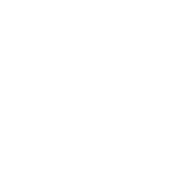 The Southport, Fairfield, Conn.-based gun business said that for its first quarter of its fiscal 2019, it brought in net sales of $114 million, which marked a 13.1% decline from its revenue of $131.2 million during the same period a year ago. The company added that its diluted earnings tallied up to 74 cents per share, about 7 cents per share below its 81 cents per share from the year-ago quarter.

Sturm Ruger also announced today that its Board of Directors declared a dividend of 29 cents per share for the period, which is payable to stockholders of record as of May 17, 2019, and they will receive the payment on May 31, 2019. The company’s dividend is different every quarter because the company pays a percentage of earnings instead of paying a fixed amount per share–the dividend comes in at roughly 40% of net income.

RGR stock is down about 2% during regular trading hours Tuesday as the company geared up to report its quarterly earnings results. Shares then remained unmoved after hours despite sales taking a step back for Sturm Ruger.