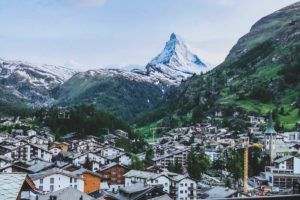 Switzerland is looking to give physicians the ability to prescribe cannabis-based medicines, which would significantly boost access and, if approved, create one of Europe’s newest regulated markets.

A proposed legal amendment would put the cultivation, processing, manufacture and sale of medical marijuana under the regulatory wing of Swiss Agency for Therapeutic Products (Swissmedic).

A public consultation period on the draft amendment will be open until Oct. 17.

Switzerland’s proposed amendment can be found here (in French).

The change would allow physicians to prescribe cannabis-based treatments directly to patients, according to a government statement.

To achieve this, authorities plan “to lift the ban on the circulation of medical cannabis” under the current narcotics law.

Swiss patients are currently forced to go through a cumbersome process to access medical cannabis that involves applying to the Federal Office of Public Health for an exemption to the law prohibiting medical marijuana.

The “tedious administrative procedure” delays processing and is no longer appropriate in view of the increasing number of applications, according to the statement.

The updated law would hand the responsibility for treatment exclusively to physicians.

The Federal Office of Public Health is launching a separate evaluation to determine whether the effectiveness of cannabis treatments can be proved to allow for mandatory cost reimbursement and, if so, for what indications.

Currently, the government says treatments are reimbursed on a case-by-case basis after taking into account certain criteria, including whether alternative treatment options had failed.

The proposed amendment is independent of a pilot project intended study the economic and health impacts of nonmedical cannabis use.

That decade-long pilot project would allow up to 5,000 people to use a variety of recreational cannabis products.