After months of delay, Sprint (NYSE:S) looks set to get its wish and disappear into T-Mobile (NASDAQ:TMUS). S stock jumped 7.39% while TMUS stock gained 5.43% as investors reacted to the deal’s likely fruition. 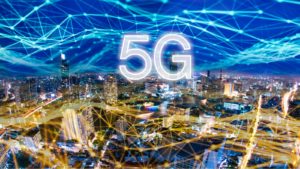 The good news comes as T-Mobile announced earnings that beat estimates. The company earned $939 million, or $1.09 per share, on revenue of $10.98 billion. This came despite shelling out $222 million on the merger during the quarter.

The earnings call to celebrate the numbers was delayed, as the company awaited word from the Justice Department

In Better Shape Than Rivals

Since the deal was announced in April 2018, T-Mobile is up by 41%, or more than two times the average NASDAQ stock. Its market cap has increased to north of $68 billion, which with Sprint’s market cap of $30.4 billion gives the combination a value of nearly $99 billion.

That’s a fraction of Verizon Communication’s (NYSE:VZ) $233 billion, or AT&T’s (NYSE:T) $247 billion. But Sprint no longer has technology debt, having decommissioned its wired service in 2017. T-Mobile has always been a wireless company. Verizon and AT&T still sell wired services in an age when wire cutting is more popular than avocado toast.

This means the new company is much better able to afford the cost of upgrading to 5G. Together T-Mobile and Sprint had $19 billion of capital spending last year.

The bottom line is that Sprint and T-Mobile are, together, in much better shape than their rivals. They’re a pure-play wireless company with minimal technology debt. If you believe 5G will be wildly profitable, they’re by far the best place to invest.

Reporters will write that the big winner is T-Mobile CEO John Legere, hired in 2012 when T-Mobile was a poor fourth in the U.S. market. Speculation over a Sprint merger began immediately, because Softbank Group (OTCMKTS:SFTBY) had just bought it for $20.2 billion with the aim of building a global carrier. It was assumed Sprint would be the surviving entity.

Then Legere grew out his hair, started rocking t-shirts, and began marketing T-Mobile as the “un-carrier” with low-cost, innovative pricing schemes. T-Mobile overtook Sprint in market share, and Softbank shifted to its Vision Fund, taking big stakes in a wide swath of technology companies.

The biggest winner, however, is Deutsche Telekom (OTCMKTS:DTEGY), formerly the state-owned phone company, still one-third owned by the government.

It owned 62% of T-Mobile before the merger and will now own 42%, with nine of the 13 directors. T-Mobile dates its history from Voicestream, a mobile company formed in 1994, bought by Deutsche Telekom in 2002.

The Germans spent more than $60 billion acquiring the assets that became T-Mobile but were willing to sell it all to AT&T in 2012 for $39 billion. Antitrust concerns scuttled that merger. The Germans are glad it did.

So with Sprint stock certificates looking like soon-to-be historical relics and TMUS stock emerging as the surviving shares, what else should investors know?

Well, for one, it’s important to recognize that the Sprint-T-Mobile merger is being made because the partners are selling $3.5 billion in spectrum and their $1.5 billion re-sale business to DISH Network (NASDAQ:DISH), creating a new fourth carrier.

But DISH’s spectrum assets will now be operating assets, meaning their value will decline. It faces huge capital spending bills.

The bottom line is simple: If you want to own a stake in the wireless business in the 2020s, TMUS stock is a must holding.

Dana Blankenhorn is a financial and technology journalist. He is the author of the mystery thriller, The Reluctant Detective Finds Her Family, available at the Amazon Kindle store. Write him at danablankenhorn@gmail.com or follow him on Twitter at @danablankenhorn. As of this writing he owned no shares in companies mentioned in this article.