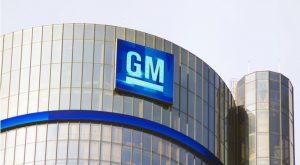 However, while this low multiple may indicate ongoing profit struggles, it also gives traders few reasons to sell.

Despite averting Mexican tariffs, the outlook appears bleak for General Motors stock. The trade war with the all-important China market lingers. China is General Motor’s largest market. In 2018, the company sold about 3.645 million cars in China. That’s considerably more than the 2.954 million units sold in the United States.

Unless GM gains an exemption, analysts can expect that number to fall as long as the trade war persists. Even worse, a prolonged trade war would leave the automaker at a competitive disadvantage as it would have to work harder to regain lost market share, thereby hurting General Motors stock.

GM also could face a permanent reduction in demand for cars. With more Americans depending on services like Uber (NYSE:UBER) and Lyft (NASDAQ:LYFT) for their transportation, fewer people seek car ownership. That may explain why analysts forecast a 6.9% reduction in earnings for next year. Early indications point to another decline in profits in 2021.

They also face tech-related threats. Though GM does produce an electric vehicle (EV), it has fallen behind Tesla (NASDAQ:TSLA) and others automakers in this segment. Moreover, non-car companies such as Alphabet’s (NASDAQ:GOOGL, NASDAQ:GOOG) Waymo and the Intel (NASDAQ:INTC) subsidiary Mobileye continue to garner more attention in the self-driving car market. GM acquired Cruise Automation in 2016 to respond to this threat.

The Multiple on General Motors Stock Reflects the Uncertainty

Still, despite numerous problems, it appears that the valuation of GE stock reflects these issues. Shares trade at a price-to-earnings ratio of just under 5.7. Barring profits going off a cliff, I do not see this multiple falling much further.

Also, robust earnings from truck sales will help reduce the decline in profits. General Motors just announced that they will invest $150 million in its Flint, Michigan plant. This will facilitate the production of its next-generation heavy-duty pickup truck. It will also boost pickup truck production by 40,000 vehicles annually and add 1,000 jobs.

I would not expect this to materially affect the GM stock price as it has seen little net change over the years. Nine years ago, the automaker reintroduced its equity at an initial public offering price of $33 per share. Today, it trades at close to $36 per share as of the time of this writing. With falling profits and a low PE ratio, it would probably take an end to the trade war to boost shares from these levels.

GM had traded above $45 per share before the trade war began. Perhaps some will buy in hopes that the trade war will end soon. But no matter what, income-oriented investor who bought at a lower price should stay the course. For this group, I still think General Motors stock offers a compelling value proposition. The annual payout of $1.52 per share has remained steady since 2016.

These payments also amount to a dividend yield of about 4.2%. This comes in at more than double the S&P 500 average of around 2%. That said, it’s also lower than the 6% yield on Ford (NYSE:F). However, Ford cut this payment from last year’s levels. The stability of GM’s payout should give it an edge over Ford among some investors.

The Bottom Line on General Motors

Despite the problems plaguing GM, investors have few reasons to sell. Yes, tariffs, changing customer preferences, and technology could cause issues for General Motors stock. However, these conditions have taken GE’s PE ratio below 6 and its dividend yield well above 4%.

Even with few prospects for share price growth, the company is uniquely positioned to give income investors a higher-than-average return. Moreover, an end to the trade war could also boost the GM stock price.

Unless the U.S. and China sign a trade agreement, investors should not expect any significant multiple expansion for the foreseeable future. Still, for investors who care primarily about dividends, GM stock remains well-positioned to deliver a consistent, generous payout.

Florida’s medical cannabis industry only has one truly dominant player