Tempur Sealy news for Tuesday about new deals to expand its retail distribution network has TPX stock on the move. 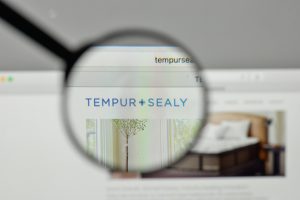 Tempur Sealy (NYSE:TPX) says that it has signed new deals that will have the company offering its products through more retailers. The first deal has the company working with Mattress Firm to bring several of its brands to the stores. This includes the Tempur-Pedic, Stearns & Foster, and Sealy brands.

The Tempur Sealy news also includes a deal with Big Lots (NYSE:BIG). This will have the company expanding out its long-term supply agreement with the retail chain. TPX notes that it expects to complete rolling out new products at BIG stores by the end of the year.

This Tempur Sealy news also mentions its previously-announced agreement to expand its European distribution network. Beter Bed Holding is the company it is working with in the area and new products will be coming out there through the end of the year.

TPX stock started off up 6% on Tuesday morning, but is now down slightly late that same morning.

Texas (yes, Texas!) will have a medical marijuana program — sort of