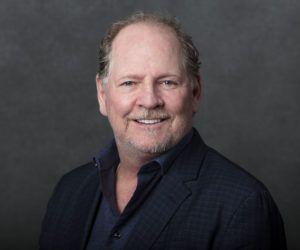 (This story has been updated with additional details.)

Terry Booth has resigned as chief executive of Aurora Cannabis, the Canadian multinational marijuana company he helped build from the ground up over the past seven years.

He becomes the latest in a string of high-profile CEOs who’ve departed cannabis firms since the start of the year.

His departure was first reported by Reuters.

Booth steered Aurora to become one of the biggest cannabis companies in the world, but shareholders grew restless as losses piled up and no clear pathway to profitability emerged.

He co-founded Aurora in 2013 when the Canadian federal government created a new regulatory regime for medical cannabis.

Booth invested 2.5 million Canadian dollars ($1.9 million) of his own money in the startup, and, according to regulatory filings, the value of his holdings in the company totaled roughly CA$159 million as of June 30, 2019.

However, Aurora’s stock has plunged 74% since then.

Booth is the latest high-profile cannabis CEO to walk away from his job following disappointing company results.

Most top producers replaced their CEO or other senior executives in the past year.

Voting results from Aurora’s annual general meeting show that confidence in Booth had been slipping in recent years.

At last year’s meeting, 84.33% of the votes cast were in favor of Booth’s appointment to the board.

Adjusted earnings before interest, taxes, depreciation and amortization (EBITDA) loss widened to CA$39.7 million for the period, substantially worse than the consensus expectations of a CA$17.6 million loss.

International sales of dried medical cannabis came in at a disappointing CA$4.5 million.

“This culminated in the enormous dilution in November 2019 from the direct equitization of the convertible debt due in March 2020, which sent the stock down 36% in three days.

“This change in management may help give investors the confidence to invest additional capital, but given the still-substantial debt, the new CEO will have a tough road ahead of them.”

A regulatory filing states that: “In the event of a termination without cause or a resignation for good reason including a change-of-control, Terry will be entitled to a payment of 24 months of his base salary and cash bonus, and any and all invested equity options granted to him, including but not limited to Options and RSUs, shall vest immediately.”

Aurora used its stock as currency to fuel a cascade of acquisitions in recent years – diluting shareholder value in the process.