The 3 Best Medical Marijuana Stocks to Buy for Pot Investors


[Editor’s note: This story was previously published in March 2019. It has since been updated and republished.]

Often, when analysts or bloggers talk up the potential of marijuana stocks, the focus is on the consumer side of the industry. But some of the best stocks in the pot sector may be medical marijuana stocks.

Indeed, it’s on the medical side where growth likely is to be largest in the near term. Canada did legalize recreational marijuana in October, but investors promptly sold the news in response. U.S. legalization is likely to be a long slog. Attitudes are mixed in Europe — but even in legalized markets anywhere, black market (and untaxed) operators will be able to take share.

Meanwhile, approval of medical marijuana (in the U.S. and elsewhere) seems to be moving at a faster pace. In such a highly regulated market, black market and even smaller producers likely will be shut out. Quality and consistency will be key. Here, scale will matter. And those companies that win early have the best chance of becoming market leaders — and providing big gains for investors.

As always — and particularly in this space — investors need to mind the risks and size positions accordingly. But for investors who see medical marijuana stocks as the next big thing, these three are the best stocks to buy for investors enamored with weed. 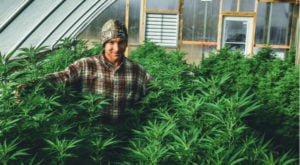 Charlotte’s Web (OTCMKTS:CWBHF) has become one of the leading players in CBD oil (cannabidiol). And though Charlotte’s Web products are made from hemp — at least for now — instead of marijuana, the stock still looks like one of the best plays in the sector.

InvestorPlace’s Matt McCall named CWBHF (the stock also trades on the Canadian Securities Exchange, ticker CWEB) as his pick for our list of the best stocks for 2019. And the case makes some sense. CBD oil sales are soaring, and Charlotte’s Web is a market leader. As McCall pointed out, the federal farm bill in the U.S. provided a catalyst by legalizing hemp.

With so many customers yet to try CBD oil — and so many existing users attached — market growth should be huge. And while CWBHF isn’t cheap from a valuation standpoint, its position as a market leader should allow it to grow into its valuation. 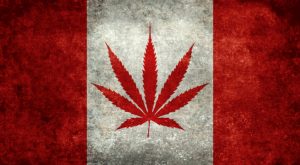 Of late, marijuana producer Cronos Group (NASDAQ:CRON) has made the headlines for its consumer business. Most recently, tobacco giant Altria (NYSE:MO) invested some $1.8 billion in the company. The combination of Altria’s advertising and distribution reach and Cronos’ production capabilities would seem to be the best fit for the consumer side of the business.

But investors can’t ignore that Cronos is a medical marijuana stock as well. In fact, it’s that business that drives the majority of its revenue at the moment. And it also has given the company a beachhead in multiple markets around the world, from its home market of Canada to Germany, Israel and Poland.

I wrote after the Altria deal that investors should stay patient with CRON stock. And in this market, that might still be wise advice. 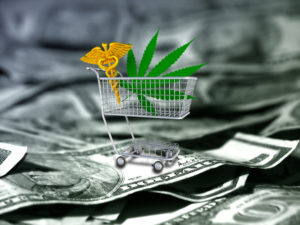 CannTrust (NYSE:CTST) has been one of the biggest victims of the post-legalization selloff. The stock lost more than half its value and touched a 52-week low in the process last year. And it’s been in an almost continuous slump again since March.

Unlike many peers, the company usually posts gross profits. And its established leadership in the Canadian medical marijuana industry should drive consistent growth and allow CannTrust to stay profitable. There is some retail exposure here as well, but unlike peers, CannTrust seems to have room to drive upside on the medical side alone.

CannTrust also was able to get a listing on the New York Stock Exchange this year. Admittedly, uplisting hasn’t helped pot stocks in and of itself (most notably Aurora Cannabis (NYSE:ACB) took a lot longer to take off than was expected), but it certainly didn’t hurt.

From a profitability standpoint, at least, CNNTF seems like one of the best stocks in the pot sector. And with valuation near the lows, at least some of the risks here likely are priced in.